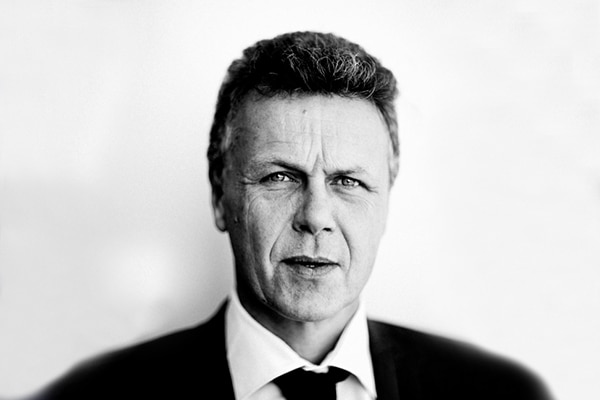 Within the PSA group, Thierry Métroz is in charge of design for DS Automobiles alongside his colleagues Gilles Vidal at Peugeot and Pierre Leclercq at Citroën.

At the last Geneva Motor Show, at the beginning of March, Thierry Métroz could be seen walking the aisles as a visitor. As a matter of fact, the PSA group had decided to be represented only by the Citroën and Peugeot brands, leaving out Opel and DS.

Its directors no doubt considered that the DS Automobiles brand had been in the spotlight quite enough over the past few months. And indeed, a completely new DS 3 had been added to the range, while its creativity had been illustrated by the DSX e-Tense which was one of the stars of the exhibition of concept cars held at the Invalides last January. The man in charge of design for DS Automobiles is a well-established figure in the French car industry. A classmate of Anne Asensio and Jean-Pierre Ploué at ENSAAMA (the school for applied arts), Métroz was one of the major contributors to Renault’s design during the 1990s and 2000s.

He joined Renault in 1985 and was responsible for several memorable concept cars: the Espace F1 (1994), which combined the shape of a people carrier and F1 mechanicals, the Laguna Evada (1995), which prefigured the production estate car, and above all the Avantime (1999).

“The Avantime makes me think of those kids who wear their baseball caps back-to-front”, declared Andrée Putman … In truth, the Avantime had a deliberately rebellious streak with its novel concept which was a mix of people carrier and coupé. It was the outcome of the D66 project overseen by Michel Jardin, who was in charge of advanced design, under the direction of Patrick le Quément, the man who had the courage to upset the conventional way of thinking at Renault.

The Avantime was innovative as much in terms of its concept –  a combination of coupé and people carrier – as its styling, which signalled the start of a new trend at Renault. But the company had to end its production – which was undertaken by Matra – in March 2003, less than two years after it had been launched at Frankfurt in September 2001. For want of customers …

The Avantime was yet one more example of how difficult it was for the public to accept something different, to come to terms with progress and, quite simply, to be part of their times. The Avantime was another victim of the public’s lack of courage.

When Renault opened its design studio in Barcelona, Metroz was appointed its director from January 1999 until July 2002. He became director of exterior design in January 2006, succeeding Anthony Grade. Considered a contender to succeed Patrick le Quément, he was eventually passed over in favour of Laurens van den Acker and left Renault in July 2009, before becoming director of design for Citroën five months later, reporting to Jean-Pierre Ploué.

When DS broke away from the Citroën brand, Métroz took responsibility for design for the new division.