Focus on special projects of Ferrari 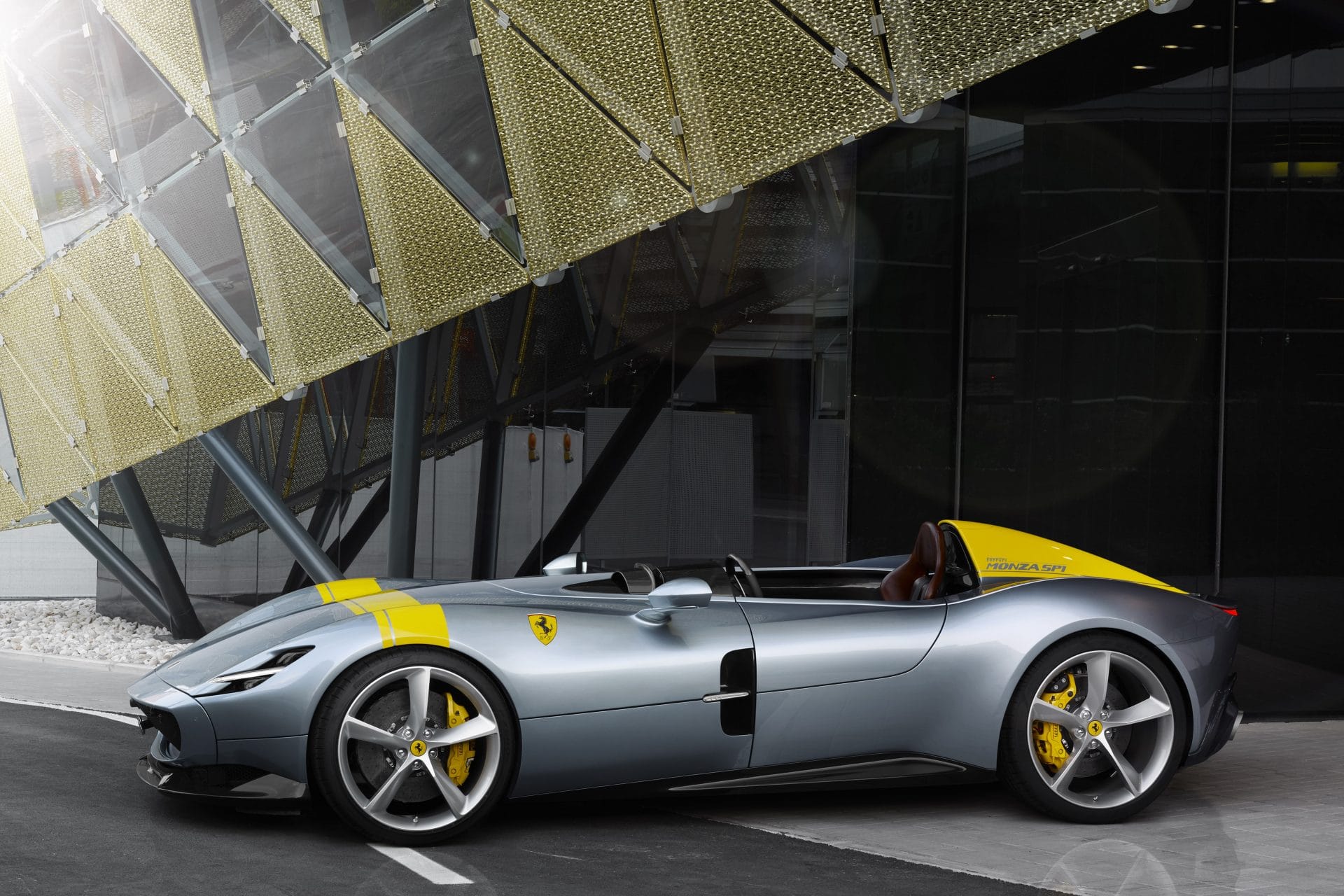 Focus on special projects of Ferrari

As could be seen at the exhibition of concept cars held in January and February 2019, Ferrari is betting today on its special projects and limited-series models. The fantastic SP38 project – which will remain one of a kind – is the perfect example of this!

Since Flavio Manzoni took charge of design at Ferrari in 2010, the number of limited series and special-order models has increased greatly. Previously entrusted to external coachbuilders, the creators of what were known as “special bodies”, this activity has now been brought in-house by the manufacturers themselves. Ferrari has gradually adapted its factory to satisfy requirements of all kinds. The Tailormade department receives and fulfils all the requests for special colours, materials and accessories.

But there is also a Special Projects department which goes further still and is capable of conceiving original body designs, quite different from those of the production models. These may be one-off cars or extremely limited series built to a fixed quota. Here is a selection of them, presented in chronological order. Developed on the mechanical basis of a 599 GTO, this unique car with some novel accessories was offered for sale by RM Sotheby’s at the Invalides on 6 February this year. (V12 engine – 5999cc – 670bhp) Eric Clapton dreamt of a modern Ferrari which would revive the aesthetic principles of the BB from the 1970s: Ferrari produced it, based on a 458 Italia and retaining its engine. (V8 engine – 4497cc – 562bhp)

Keen to own a model evoking the historic 250 Testa Rossa, an American customer ordered an open-top version of the F12, which was not part of Ferrari’s range. (V12 engine – 6262cc – 740bhp) To celebrate 60 years in the United States, in October 2014 Ferrari unveiled a convertible version of the F12 in Beverly Hills, reserved for ten privileged customers. The first car, in the NART racing colours (blue with a white stripe) was delivered in January 2016 alongside the Cavallino Classic event. (V12 engine – 6262cc – 740bhp) The concept car which Pininfarina had unveiled in March 2013 was adapted to comply with international legislation and fitted with a windscreen to produce a run of six cars. The first was sold to Abu Dhabi in December 2014. It took its mechanical underpinnings from the Ferrari 458 Speciale. (V8 engine – 4497cc – 605bhp) This model, of which ten units were built from December 2015, was produced to celebrate fifty years of Ferrari’s presence in Japan. It was based mechanically on the 488 Spider. (V8 engine – 3902cc – 690bhp) Although unique, this sports coupé based on a 488 GTB, which was revealed at Villa d’Este in May 2018, was not a concept car, but an individual model produced as part of the One-Off programme for special bodywork and limited-series models for the most demanding clients. (V8 engine – 3909cc – 670bhp) In December 2018, Ferrari delivered this open-top version of the F12 TdF finished in a surprising colour combination: its main bodywork an immaculate white, with a blue nose and dashes of yellow, including the number 3! The initials “JC” are those of John Collins, who commissioned the project. (V12 engine – 6262cc – 780bhp)