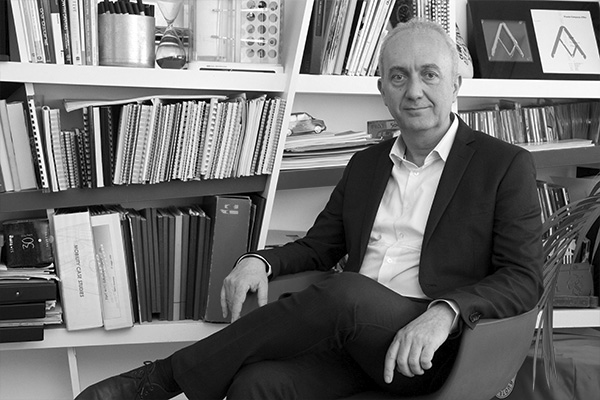 Roberto Giolito may just be the man who saved Fiat from bankruptcy. He was the designer behind the Trepiùno concept car, that charmer which served as the basis for the production Fiat 500 whose worldwide success we all know. He is such a friendly, simple and modest man that one scarcely dares to credit Roberto Giolito with turning round the FCA (Fiat Chrysler Automobiles) group, for fear of embarrassing him … The designer who was responsible for the phenomenon that is the Fiat 500 stands back and is relaxed as he looks at how this story – which changed the course of the company’s history – unfolded.

At the beginning of the 21st century, Fiat was in turmoil, entangled in an uncertain alliance with General Motors. The two groups had established cross-shareholdings in their international entities in July 2000. Fiat had an accumulation of products which were bland or badly positioned in the market. The Fiat brand was sinking, Lancia was moribund and Alfa Romeo was stopped in its tracks.

Against this gloomy backdrop, Giolito – who was in charge of the advanced design department – had just the idea that was needed: to revive the Fiat 500.

For this enlightened enthusiast, “The 500 was the icon to end all icons”.

It did not take long for Giolito to be rewarded for the relevance of his vision. In 2007, he was promoted to be head of design for Fiat, replacing Christopher Reitz, who had himself taken the place of Flavio Manzoni in 2006, when Manzoni left for Volkswagen before becoming head of design for Ferrari. Ever smiling, Giolito was 45 years old and had a great track record. Born at Ancona in the Marche region he studied design at the Istituto

Superiore per le Industrie Artistiche in Rome. After graduating, he worked as a freelance for two years, devoting his time to graphic design and furniture design. He joined Fiat Auto in July 1989 somewhat by chance, after “replying to a classified ad for an IT job”. In Turin, he was received by Ermanno Cressoni, a key figure in the company’s studios, who was in charge of design for Alfa Romeo from 1975 to 1984 before moving to Fiat. Giolito managed several major programmes, including two concept cars, the Downtown (an electric city car in 1993) and the Ecobasic (a rudimentary model in 2000), “projects which showcased the responses of the product designer”.

The young designer was involved above all in the Multipla project, which was seen for the first time in 1996. It was a masterpiece of design which was as inspired as it was misunderstood by the general public. Although less than 4 metres long, the Multipla could accommodate six people, thanks to its exceptional width. Its innovative character came through in the flair of its design, with its headlamps positioned at the base of the windscreen, like a pair of tiny eyes. Inside, the dashboard was just as novel, with the controls grouped in a single unit.

In 2016, Giolito moved away from design, but did not leave Fiat. He is now responsible for the company’s heritage. He has not given up his passions, notably for jazz, and has more time to work on his riffs on the guitar …