CLOSE-UP ON GILLES VIDAL, HEAD OF DESIGN FOR PEUGEOT 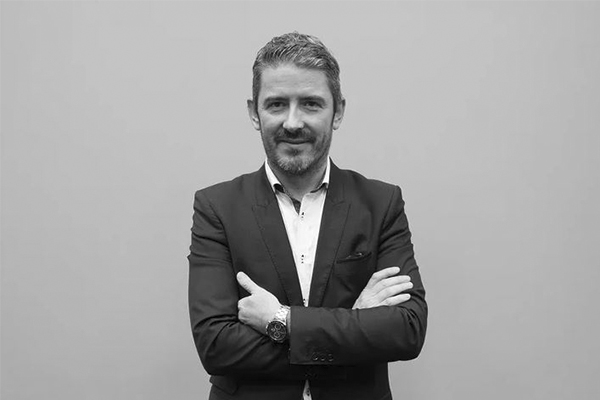 CLOSE-UP ON GILLES VIDAL, HEAD OF DESIGN FOR PEUGEOT

He rules today over the design function for Peugeot and in this capacity oversaw the e-Legend concept car. But before this, he spent time with Citroën, thus acquiring an overall knowledge of all the brands in the PSA group.

Born in 1972 and a graduate of the Art Center Europe from the period when this branch of the Californian school operated out of Vevey in Switzerland, Gilles Vidal joined the PSA Peugeot Citroën group in 1996. He worked initially for Citroën alongside Jean-Pierre Ploué, who gave him responsibility for the firm’s concept cars. He managed the development of several major projects, including the C-Airdream (2002), C-Sportlounge (2005) and C-Métisse (2006). Vidal was then assigned to Peugeot at the start of 2009, where he also managed the concept car programme.

In December 2009, Jean-Pierre Ploué, design director for the PSA Peugeot Citroën group, named Vidal as head of design for Peugeot.

The hard-working designer followed in the distinguished tracks of such prestigious stylists as Paul Bouvot, Paul Bracq and Gérard Welter, who had left a deep mark on the image of the brand.

In February 2010, Peugeot unveiled its SR-1 concept car, setting the direction of its design for the future, on the occasion of the 200th anniversary of the firm from the Jura. At the beginning of the third millennium, a concept car could not be other than ecologically correct. For this seductive sports car – which could rival Aston Martin – Peugeot therefore announced a ‘sensible’ powertrain: its so-called ‘Hybrid4’ technology allowed it to develop 313 bhp, but with CO2 emissions of only 119 g/km. At once a coupé and a convertible, the SR-1 had four-wheel drive and four-wheel steering.

Ultimately, Peugeot celebrated its 200th anniversary in 2010 with little fanfare. The Sochaux-based company preferred to highlight the brand’s new visual identity, symbolised by a stylised lion, and the fresh impetus given to its design by Vidal, marked by the SR-1 concept car. In December of the same year, Vidal was appointed director of design for all of Peugeot’s operations. He would bring to them a breath of fresh air … The new director firmly stated his intention to set Peugeot’s design apart from that of Citroën, which he had himself helped to shape over 13 years.

The EX1 concept car was the one of the first to be created under Vidal’s leadership. To close out the exceptional year of 2010, Peugeot developed a prototype which was intended to beat acceleration records, an uncompromising projectile driven by electric power. Its release coincided with the launch of the iOn city car, a Peugeot-badged clone of the Mitsubishi e-MIEV and Citroën C-Zéro.

With the EX1, Peugeot sought to demonstrate that electric power could produce sensations which were the equal of those until then considered the unique preserve of internal combustion engines.

At the same time, Vidal developed the Peugeot Design Lab studio, which opened in June 2012 with the aim of creating products, services and experiences in all areas of activity. A sublime piano made for Pleyel is the most eloquent symbol of its work. In 2012 and 2013, Vidal stepped on stage at the Festival to receive the Grand Prix for the most beautiful concept car two years in a row, for the HX-1 and the Onyx.

Today, his team is in the running for the same award with its e-Legend project …