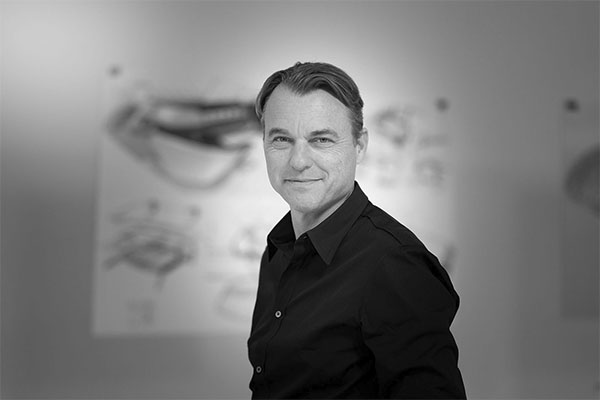 Ever since the Trezor concept car shown at the Invalides in 2017, Renault’s design group has pulled off one coup after another. Behind all these visions of the future lies an original talent.

With the EZ-Ultimo, which closely followed the EZ-Go concept car presented in March 2018 and the EZ-Pro unveiled in September, the distinctive mark which Laurens van den Acker intends to leave on Renault’s design can be seen.

The Dutch designer arrived at the Technocentre – the creative heart of Renault – exactly nine years ago. In October 2009, he had the weighty responsibility of succeeding Patrick le Quément, who had transformed Renault’s design. His long period in charge, spanning more than 20 years, had been marked by notable designs and major decisions (Twingo, Initiale, Avantime, Logan, Alpine, Twizy …). When Carlos Ghosn asked his head of design to prepare his succession, he invited le Quément to submit two proposals: one candidate chosen from the current team and one from outside the company. As his internal candidate, le Quément selected Thierry Metroz, who is today head of design for DS Automobiles. From outside the group, he recommended Laurens van den Acker.

During his stint with the Japanese manufacturer, between May 2006 and May 2009, van den Acker had the time to strengthen the identity of the brand with a series of spectacular concept cars, and especially the incredible Taiki unveiled at the Tokyo Motor Show in 2007.

With his air of an eternal teenager and his trainers matched to his concept cars, van den Acker established a new stylistic direction in the company’s design group.

Soon after he was hired, the DeZir concept car – shown at the Invalides in 2011 – demonstrated the new approach inspired by van den Acker. It was just the beginning. Over the years, visitors to successive editions of the Concept Cars Exhibition held at the Invalides could appreciate the newcomer’s work: the R-Space compact MPV in 2011, the Alpine A110-50 in 2013, the Twin’Z reinterpreted by Ross Lovegrove in 2014, the Alpine Vision Gran Turismo in 2015, the Trezor in 2017 and the Formula 1 RS2027 and Symbioz in 2018 …