Close-up on Marcello Gandini, portrait of a designer 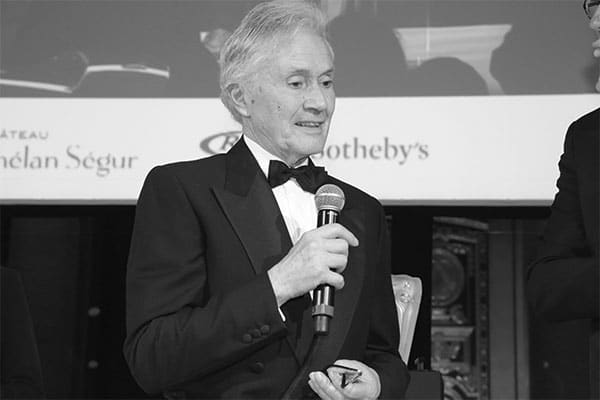 Close-up on Marcello Gandini, portrait of a designer

BMW sought to pay tribute to Marcello Gandini by producing a copy of the BMW Garmisch which he had designed for Bertone.

In 2016, the Festival Automobile International paid tribute to Marcello Gandini when it awarded him its Grand Prix for Design. As so often, the organisers’ choice was well made.

Today, Marcello Gandini is widely recognised as one of the greatest designers of the century. This year, BMW commissioned a recreation of the Garmisch, a  concept car which Gandini designed while at Bertone.

It was at Bertone, moreover, that Gandini forged his reputation. When he joined the coachbuilder, in December 1965, it was to succeed Giorgetto Giugiaro, who had just been hired by Ghia. One of the first tasks awaiting the newcomer was the ‘400 TP’ project, which would emerge as the Lamborghini Miura in March 1966. There was no time to be lost and Gandini produced several drawings in pencil in his characteristic manner: energetic, intense, instinctive, somewhat naïve. His sketches did not possess that conventional sense of perfection of the designers who had come out of art school, but a spontaneity which could convey flashes of brilliance.

Gandini’s first designs were restrained, but the stylist lost little time in revealing his originality. In March 1967, the Marzal was the first in a series of provocations. Visitors to the Paris Motor Show in 1968 discovered the striking Carabo, a monolithic form, chiselled and wedge-like, based on an Alfa Romeo 33. In 1970, Gandini went further still with the Stratos. He paid scant attention to legislation, practicality or realism; he simply fashioned a work of art.

One of Gandini’s talents is his versatility. He does not only design cars which are futuristic or dreamlike. He can be pragmatic too, as his designs for several mass productions models show. He reinvented the Mini for Innocenti, for example, bringing its design up to date in a manner which was modern, practical and relevant, but it has been unfairly forgotten since. For Citroën, he drew the outlines of the BX, launched in 1982. Or, to be more precise, he revised a design he had initially come up with for the English firm Reliant and which was intended to be put into production by Otosan in Turkey … Then there was the Fiat X1/9, with its sharp, angular lines (1972), and the sole production Ferrari designed at Bertone, the Dino 308 GT4. The list of his commissions is never-ending …

Gandini’s career continued under Bertone’s banner and was studded with designs which were more spectacular still. One sculpture followed another: the Countach in 1971, the Trapeze in 1973, the Bravo in 1974, the Navajo in 1976, the Ascot in 1977, the Sibilo in 1978 … Gandini developed an ever more incisive style in which the overall shapes as well as the decorative elements used gave expression to his radical approach.

A fanatical individualist, Gandini ended up leaving the coachbuilder in 1979 to strike out on his own and continue his work in the solitude of his 17th century country house, tucked away in the Susa valley, outside the village of Almese.

From then on, Gandini dealt directly with the manufacturers. His signature may be found on several GTs: the Lamborghini Diablo (1989), the Cizeta Moroder V16T (1991) or the first sketches for the Bugatti EB110 (1991). Always free and independent, Gandini became marginalized. In an industry which managed increasingly without external consultants, there was less and less a place for Gandini. A shadowy and introverted figure, Gandini recalled his father: a pianist, conductor and composer. Sometimes, his works would be played without his name being remembered … Gandini could identify with this secret, tormented way of living out his passion.