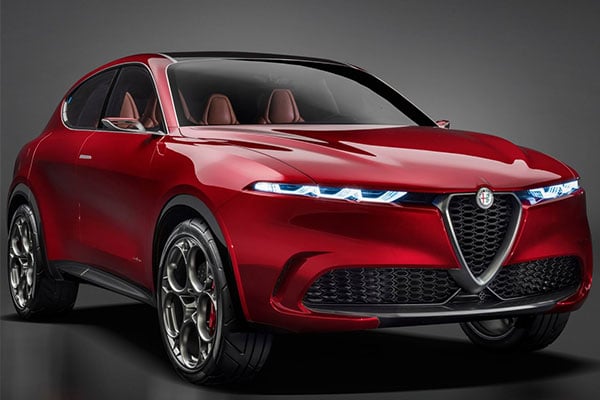 Alfa Romeo has acquired a taste for the SUV category: after the Stelvio, the Milan-based firm is preparing to enter a new market segment. The Tonale concept car outlines the overall design of this forthcoming model.

In November 2016, Alfa Romeo joined the ranks of the manufacturers of SUVs when it launched the Stelvio at the Los Angeles Auto Show. The choice of California to introduce the first SUV in its history was no accident. The FCA group, formed in January 2014 by the merger of Fiat SpA and Chrysler LLC, confirmed its intention to reintroduce the Alfa Romeo brand into North America.

It was a matter then of rekindling the memories of a make which had been forgotten since the 1990s, when the attractive series of Duetto spiders came to an end. Nowadays, it is SUVs which are the stuff of dreams, as well as spiders … Alfa Romeo resolved therefore to continue down this path and made its intentions known with the Tonale concept car, which was presented in Geneva last March.

Alfa Romeo has not been particularly forthcoming with regard to the mechanical specification of the Tonale. We do know, however, that the model will introduce a hybrid powertrain mated to Alfa Romeo’s exclusive DNA drive mode selector. The different driving modes have been adapted to suit the characteristics of this new hybrid powertrain. The ‘Dual Power’ mode combines the maximum power generated by each type of engine: ICE and electric. The mode known as ‘Emozione’ provides additional dynamism and driving pleasure, optimising the car’s acceleration, braking and steering response.

The ‘Natural’ mode, on the other hand, seeks the best possible compromise when switching from the electric motor to the petrol engine, while the ‘Advanced Efficiency’ mode uses only electric power in order to achieve the best possible fuel consumption.

In design terms, Alessandro Maccolini’s team sought out a number of references from Alfa Romeo’s heritage. As on the SZ or Brera, the lighting at the front features six headlamps, attractively integrated into a design which incorporates the radiator grille in the form of a shield (a now stylised version of the famous scudetto).

The rear of the car, which is unusually elongated for an SUV, is a reminder of the 1966 Duetto Spider, which itself harked back to Touring’s Disco Volante from 1952.

The curvature of the car’s waistline, accentuated by a straight crease line, brings to mind the 1963 Giulia Sprint GT.

Overall, the design of the Tonale is very well executed, avoiding any stylistic excesses; its surfaces have been subtly crafted, its shape as a whole adopting a sparing approach without recourse to any superficial embellishments.