Focus on AUDI REINVENTS ITSELF 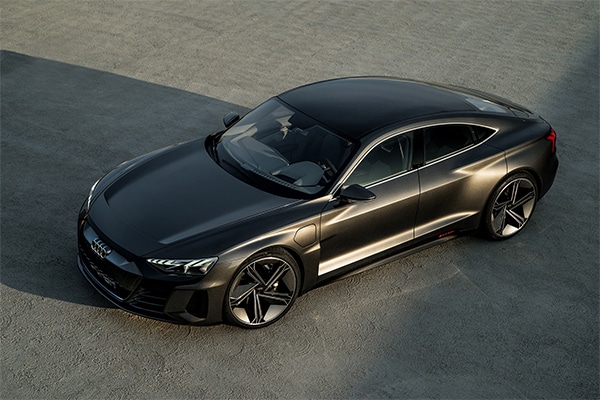 Focus on AUDI REINVENTS ITSELF

The greatest difficulty of success is to maintain it! For the German car makers who have demonstrated an impressive mastery of the up-market segments since time immemorial it is essential that they reinvent themselves.

The German manufacturers are at a turning point in their history. Economists have spoken extensively of the difficulties faced by the German car industry at present. Exposed to the slowdown in the global economy and to the introduction of new emissions standards, to the changing ways in which we “consume” mobility, German cars are having a hard time.

For Audi, BMW and Mercedes-Benz, it is the duty of design to step up and keep the flame alive, to make their cars more appealing and to boost sales … Each of them has its own approach. For its part, Audi has chosen the path of a subtle evolution.

It is impossible not to be impressed by the number of new models with which Audi has flooded the market over the past 12 months.

Last June, a new generation of the Audi A4 arrived. A mid-level car, it is the most important model in Audi’s range worldwide. Its design was discreetly brought up to date with the adoption of wings with a more pronounced, sculpted look.

The following month, Audi launched a new body style based on the Q3. The Sportback followed the fashion for “SUV coupés”, of which more and more have been seen over the past few months. The estate-type look with a near-vertical tailgate has gone, making way for a sloping rear …

In September, for the Frankfurt Motor Show, Audi topped off its A6 range – revised in 2018 – with the outstanding RS 6 Avant. Likewise, the RS 7 Sportback took its place at the top of the A7 range, a new generation of which was introduced in October 2017.

Nor has Audi been left behind when it comes to concept cars. In March, the Q4 e-Tron could be seen for the first time, prefiguring a model which will soon go on sale. This electric crossover also adopted the brand’s new visual identity with its sharply defined wings.

In March, the Ai:Me was unveiled, a resolutely futuristic concept car. It is a compact saloon, measuring 4.52m (178in) in length, developed on Volkswagen’s MEB platform, which is reserved for electric vehicles. Five months later, Audi spun off an all-road version of it, its spirit of freedom generating a great deal of enthusiasm. Known as the Ai:Me Trail, it retained the overall single-box shape of the saloon but was mounted on enormous tyres. It seemed ready to tackle the most hostile terrain, its design giving it a cheeky attitude which stood out in a consensual environment.

It was just the sort of true concept car we love: daring, provocative and nonetheless full of charm.