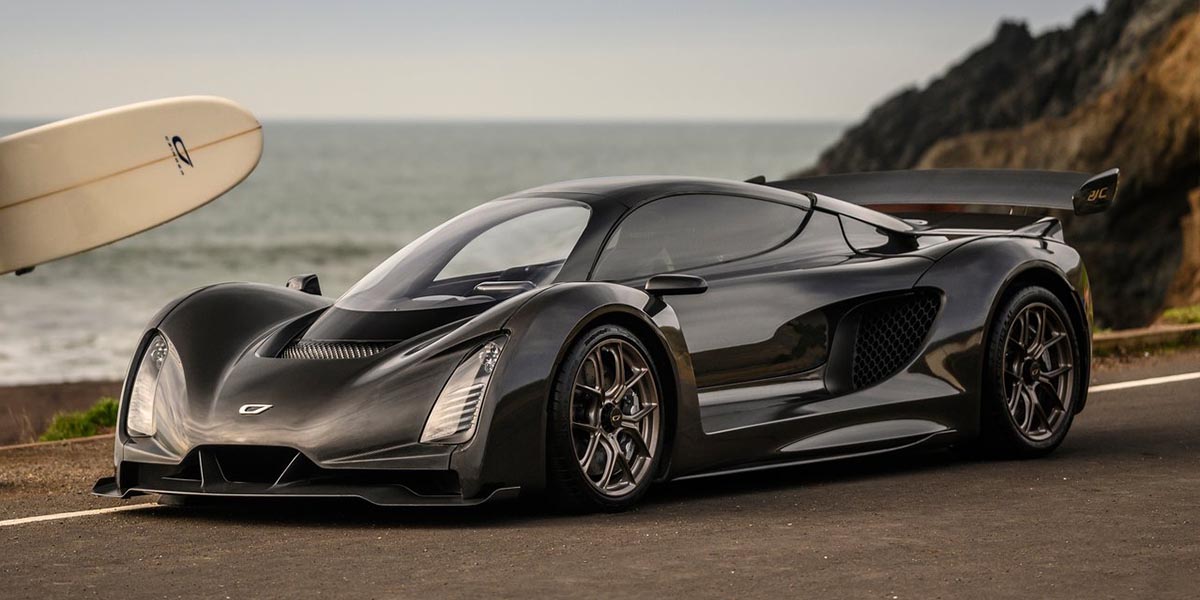 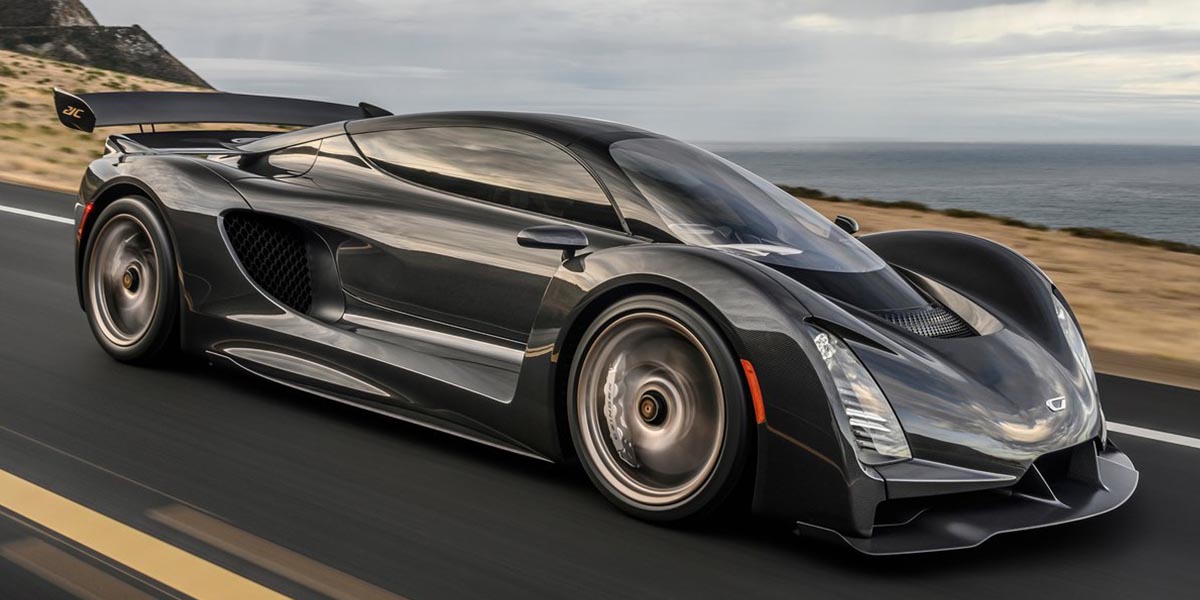 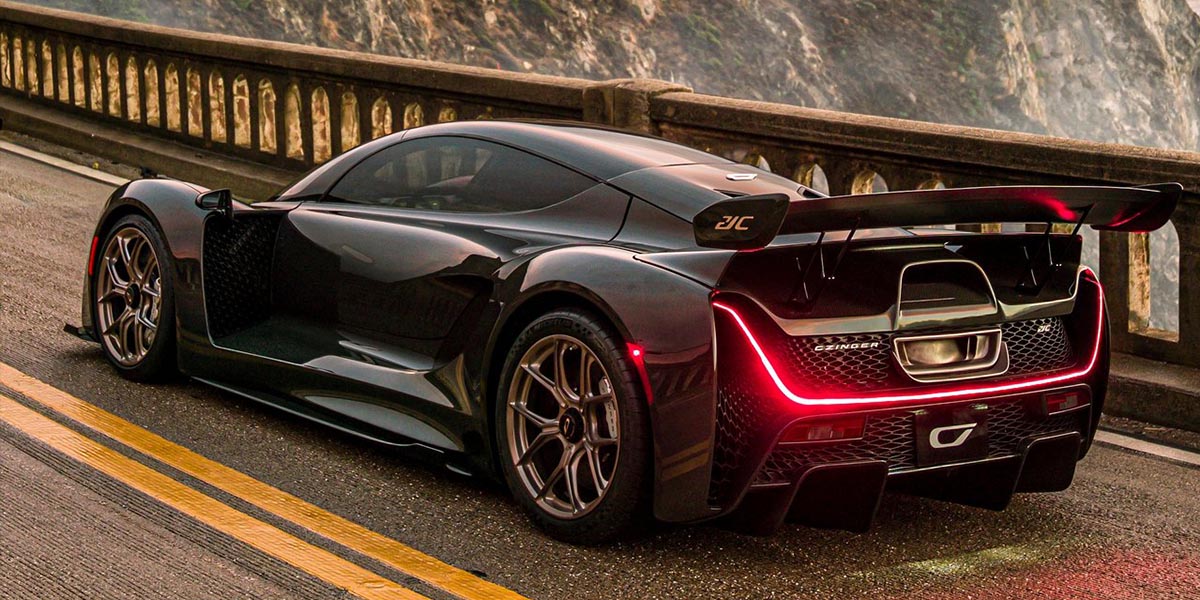 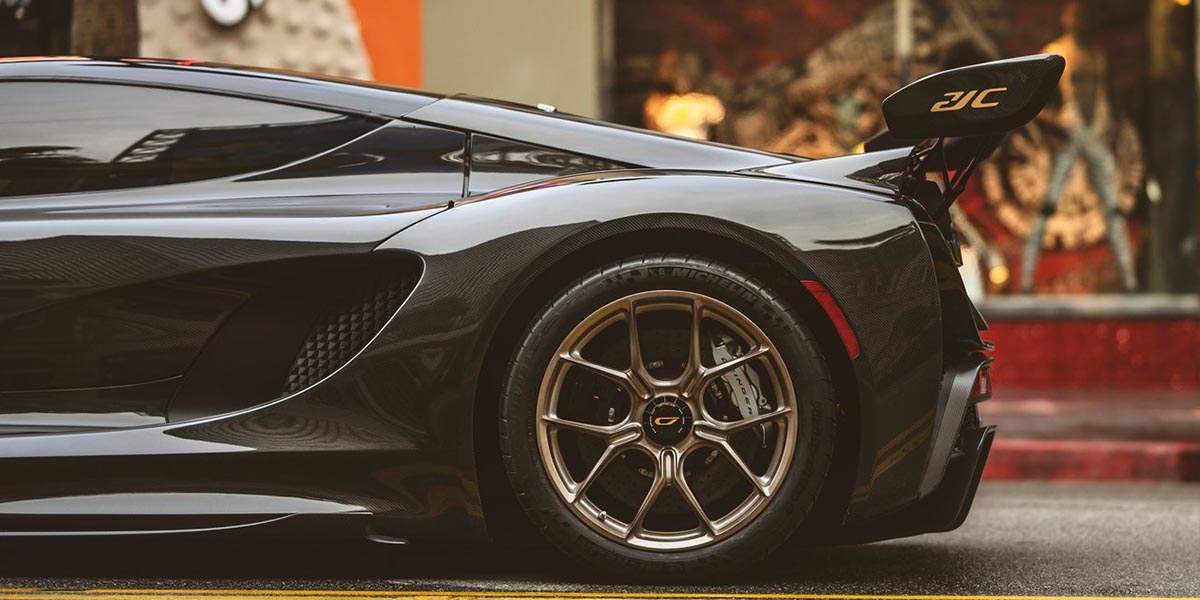 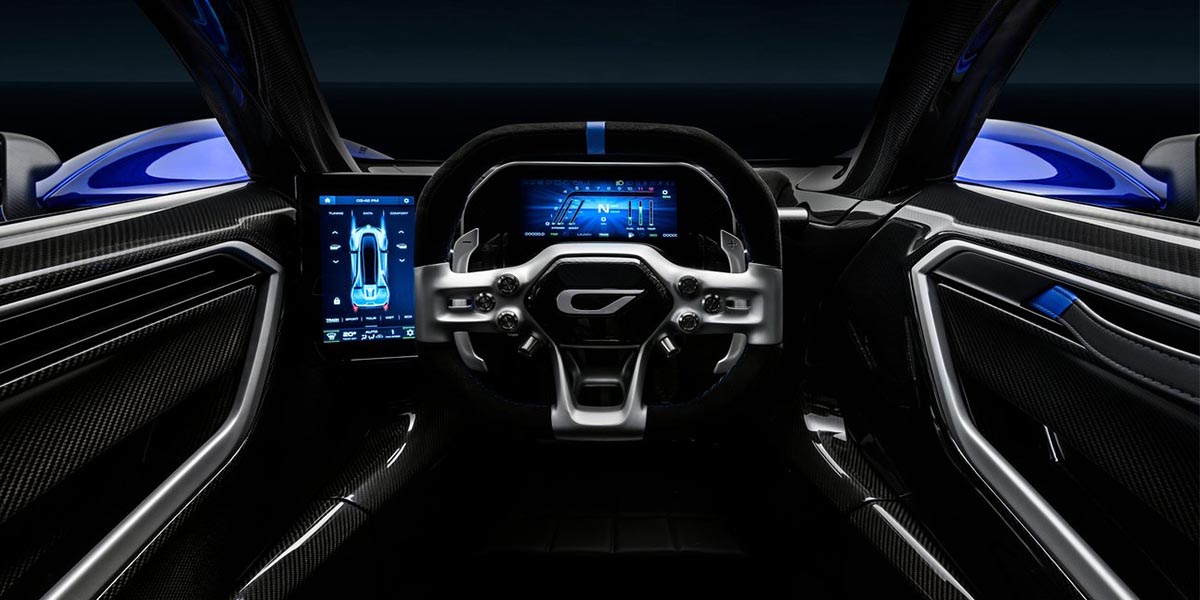 The 21C was created by a small team of designers, engineers and scientists using a revolutionary and patented production system.
The two-seater Czinger 21C features a center driving position with an additional tandem passenger seat.
American manufacturer, California.

Its front end is very low with vertical headlights. The cockpit is narrow with two rear spoilers at the rear that complete the rear diffuser. Mounted in the middle of the rear facade is a large exhaust, similar in style to the McLaren F1.

The interior is inspired by the seating layout of the classic McLaren F1.