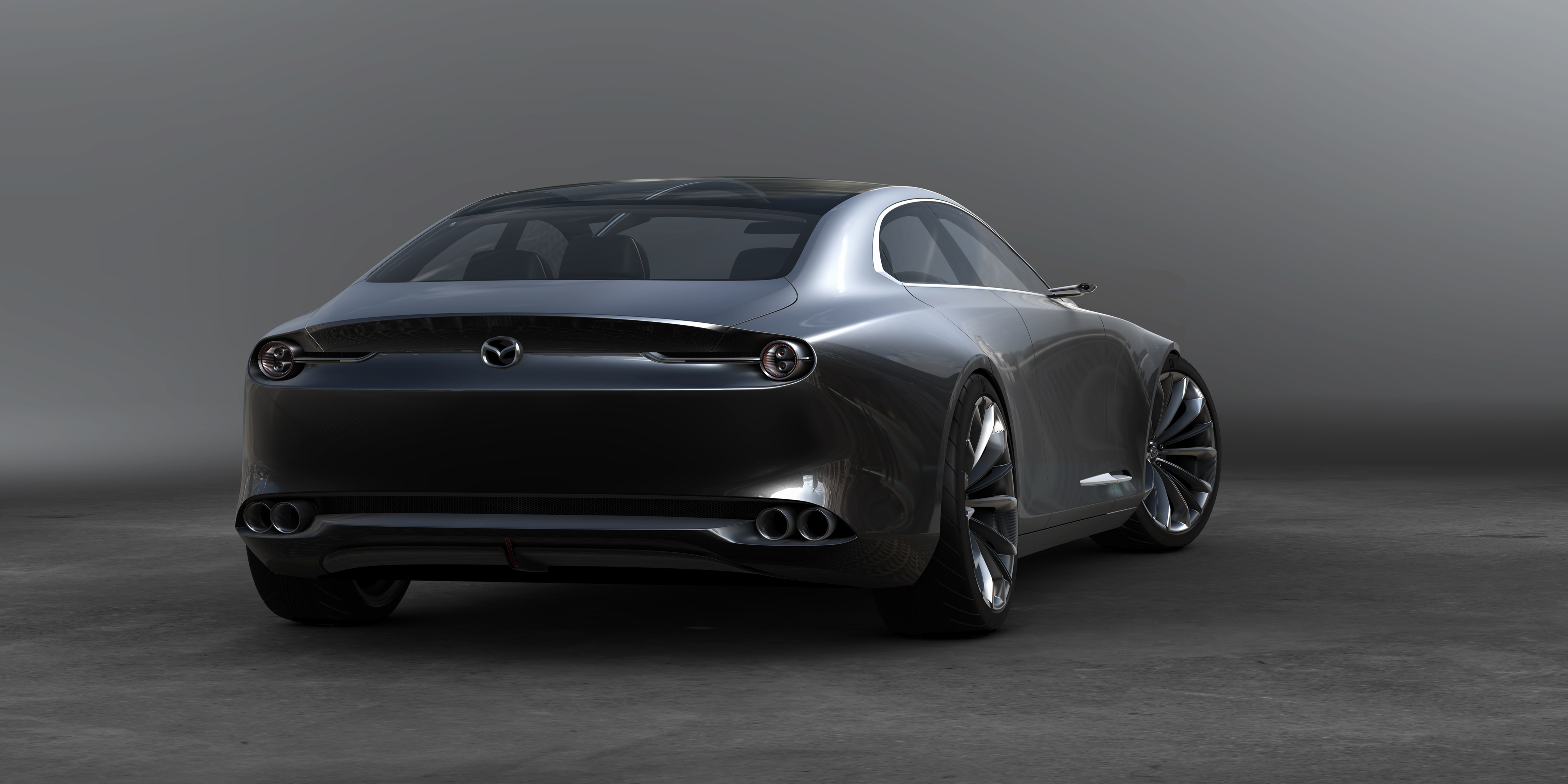 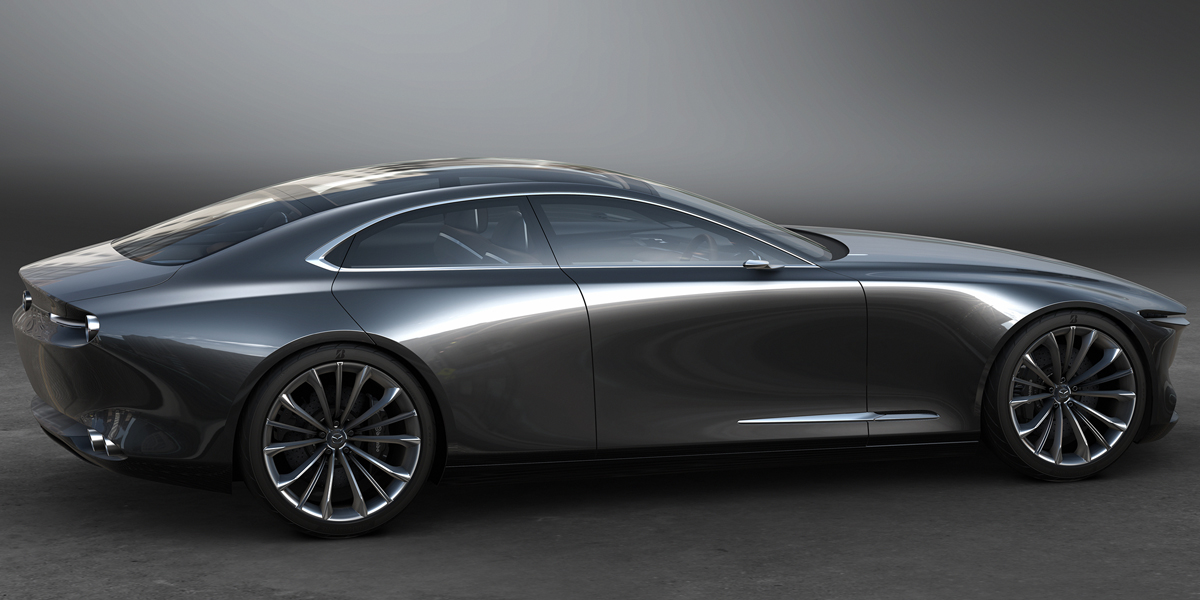 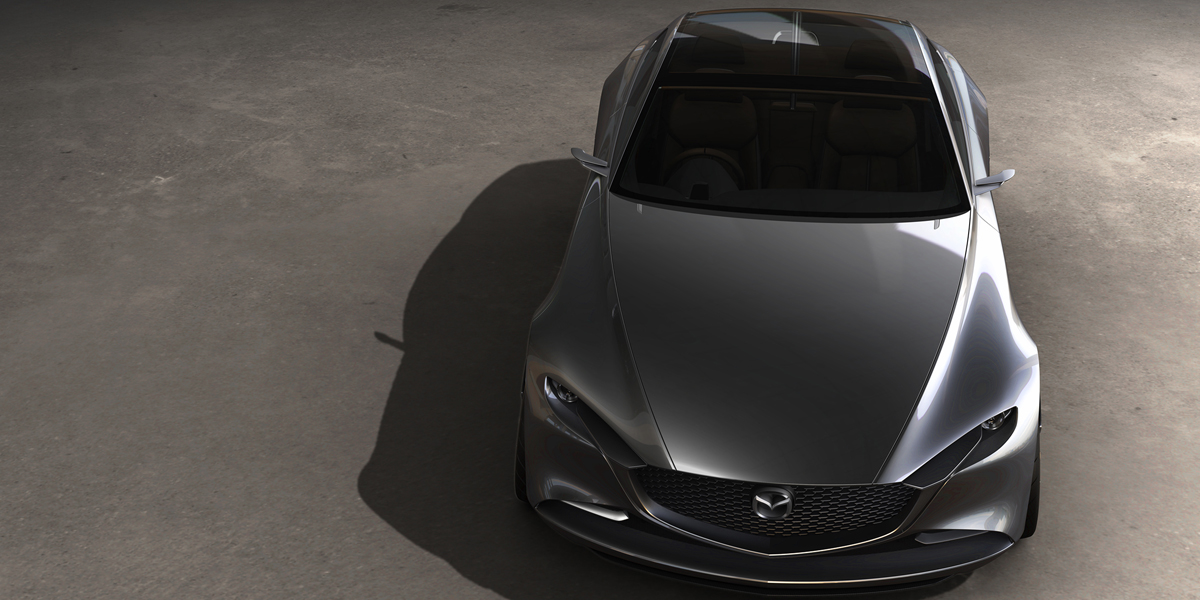 The whole new concept Mazda VISION COUPE reveals direction for Mazda’s next KODO-inspired model generation. It is a next-generation design vision model which showcases the “new elegance”, drawing upon Mazda’s long history of design. The name of the car – “COUPE” – gives a hint of where this special “Mazda elegance” originally came from. The VISION COUPE includes a KODO – Soul of Motion exterior that embodies a minimalist Japanese aesthetic, achieving a simple “one-motion” form that conveys a sense of speed. The interior applies the concept of ma (literally “space”) from traditional Japanese architecture, combining three-dimensional depth with a strong longitudinal axis to produce a relaxed space while maintaining the feeling of motion. As for the concept’s name, it pays homage to Mazda’s tradition of design elegance represented by coupé models like the Mazda R360, Mazda’s first passenger car, and the Mazda Luce Rotary, also known as the Mazda R130.