Close-up on HENRIK FISKER AND HIS SUCCESSORS 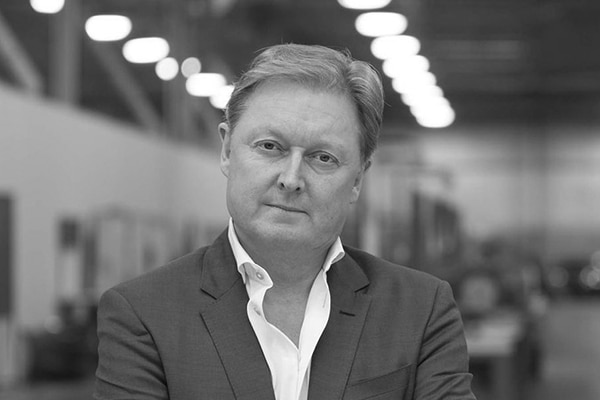 Close-up on HENRIK FISKER AND HIS SUCCESSORS

The architect of the BMW Z8 and the Aston Martin DB9, Henrik Fisker bequeathed an amazing creation to the history of design: the Karma. A look back at this talented – and obstinate – designer.

Born on 10 August 1963 in Denmark, Henrik Fisker studied at the Art Center College of Design, at the time when this Californian school had an outpost at Vevey in Switzerland. With his swaggering figure and childlike face, tall and fair-haired, he was hired after graduating by BMW Technik in 1989. The vocation of this Munich-based studio was to explore uncharted territory. . In 1992, Fisker was seconded to Designworks, another space for reflection within BMW, this time at Newbury Park in California. There, Fisker met his future business partner and came up with the design which would make him known to the design community. He effectively conceived a modern interpretation of the BMW 507; unveiled in Tokyo in November 1997 in the form of the ‘Z07’ concept car, it led two years later to the extremely exclusive Z8. In January 2000, Fisker took over as head of Designworks from Charles W. Pelly. Soon afterwards, however, Ford made him two offers which were so tempting that he agreed to return to Europe: he was invited to take over as head of design for Aston Martin, succeeding Ian Callum, and to manage ‘Ingeni’, the London studio which Ford wanted to make an experimental laboratory. The workshop did not last long and its doors closed in 2003, but Fisker continued his work as head of advanced design for Ford in California, while retaining his responsibilities at Aston Martin. Before handing over to Marek Reichman in June 2005, he had the time to design the V8 Vantage and the DB9 …

A taste for independence

Fisker had already prepared his departure in the hope of striking out on his own. In January 2005, he set up Fisker Coachbuild LLC with Bernhard Koehler and under this banner marketed some highly exclusive cars developed on the basis of tried and trusted sports cars. Presented at the Frankfurt Motor Show in 2005, the Latigo CS was based on the BMW 6 Series, while the Tramonto – displayed at the Paris Motor Show in 2006 by Stola, the coachbuilder who built it – was derived from the Mercedes SL55 AMG. At the same time, Fisker Coachbuild designed the curvaceous Artega GT which appeared at the Geneva Show in 2007.

Together with Bernhard Koehler, Fisker established the company Fisker Automotive Inc. in September 2007. Four months later, at the 2008 Detroit Auto Show, the Karma made its appearance … A sheer masterpiece which lives on today as the ‘Revero’ under the Karma Automotive brand.