Focus on “The rebirth of Lagonda” 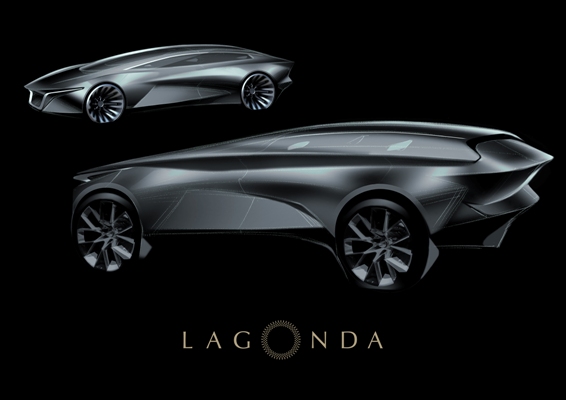 Focus on “The rebirth of Lagonda”

Last March, Aston Martin announced the imminent rebirth of the Lagonda brand, an event signalled by the creation of a spectacular concept car. Who still recalls this once prestigious make? Here is a quick reminder …

In the Shawnee language, the place known as Buck Creek, where a little river flows, is called ‘Lagonda’. Wilbur Gunn was born in 1859 in Springfield, Ohio, a town which has now forgotten its Indian origins. The son of a Methodist minister, young Wilbur dreamt of pastures new. At over thirty, he decided to abandon everything and travel to Britain, but did not give up opera and continued his career as a tenor. He devoted himself more and more to his other passion, mechanical engineering, and cobbled together his first motorcycles in 1902. He registered the Lagonda Motor Cycle Company Ltd. in May 1904. Gunn moved on from two wheels to three with the Tricar and then in 1907 took the plunge and built his first torpedo-bodied car.
The adventure of car production had begun. Wilbur Gunn died in 1920, but the make outlived him and did well. After the Stock Market Crash of 1929, the economic situation grew worse … In August 1935, Lagonda was taken over by Alan Good, who hastened to recruit Walter Owen Bentley as technical director. As it happened, W.O. Bentley had just left the make bearing his name, since it had been absorbed into Rolls-Royce and altogether changed by its new owners.

A sheer coincidence, in June 1935 Lagonda claimed its most famous victory in motorsport at the Le Mans 24 Hours race. Alan Good decided to reposition Lagonda’s image and concentrate on its larger models. In October 1937, Lagonda introduced its masterpiece, the V12. In 1937, Lagonda reshaped its range around two magnificent models, the LG6 and V12.

In the aftermath of the war, the company once again found itself in difficulty. In 1948, David Brown, a manufacturer of farm tractors, acquired Lagonda, a year after buying Aston Martin. David Brown worked hard to re-define the target market for each make and to create synergies between them. Aston Martin aimed more at the GT (Grand Touring) market, while Lagonda was given the job of building prestige models.

In this partnership, while Aston Martin took off, Lagonda became the poor relation and had difficulty attracting customers. Sales of Lagonda cars were suspended in February 1958 and only resumed – briefly and in limited numbers – from 1961 – 1964. The 1961 Lagonda Rapide was designed and produced by the coachbuilder Touring.

Marked by a succession of oil crises, the 1970s proved fatal. In 1972, Aston Martin Lagonda, which had been sold to Company Developments Ltd., went bankrupt. It was taken over by the North American industrialists Peter Sprague and George Minden. In 1974, the Lagonda name was given to a long-wheelbase, four-door version of the Aston Martin DBS. The dazzling styling of the 1976 Aston Martin Lagonda was the work of William Towns.

In 1980, Victor Gauntlett, the founder of Pace Petroleum, took a 10% stake in Aston Martin Lagonda Ltd. and became its chairman. From 1985 – 1987 he remained in place, although the new owner was Peter Livanos, Aston Martin’s importer in the United States. From 1987 – 2007 Aston Martin Lagonda was incorporated into the Ford group.
During these times of change, the Lagonda brand name fell out of use and became nothing more than a model added to the Aston Martin make from 1976 – 1987. After this, the projects which used the Lagonda name from the 1990s onwards either came to nothing or were produced in very limited numbers.
In March 2007, Aston Martin was bought by a consortium made up of David Richards, John Sinders, The Investment Dar (TID) and Adeem Investment; the last two investors were banks based in Kuwait. The 2010 Lagonda concept car met with a mixed reception from critics, to say the least.

In December 2012, the deck was reshuffled: Investindustrial, the Italian investment fund which had sold Ducati to Audi, took 37.5% of the shares held by TID and became the largest shareholder in the company through an increase in its capital. A year later, in December 2013, an alliance was formed with the Daimler group, which took a 5% stake in Aston Martin with a view to establishing a technical partnership. In 2015, a prestigious version of the Aston Martin Rapide was christened the Lagonda Taraf. The Lagonda concept car revealed at the Geneva Motor Show in 2018.

It was in this context that the name was applied to a spectacular concept car displayed at the Geneva Motor Show in March 2018. Once again, it was a four-seater saloon, but in the background a raised version could be made out, hinting perhaps at a future SUV …

These projects were developed in the design studio headed by Marek Reichman, in whose hands the future of Lagonda now lies … Lagonda could return to the market for large luxury saloons.

Lagonda may challenge the Rolls-Royce Cullinan in the prestige SUV sector.