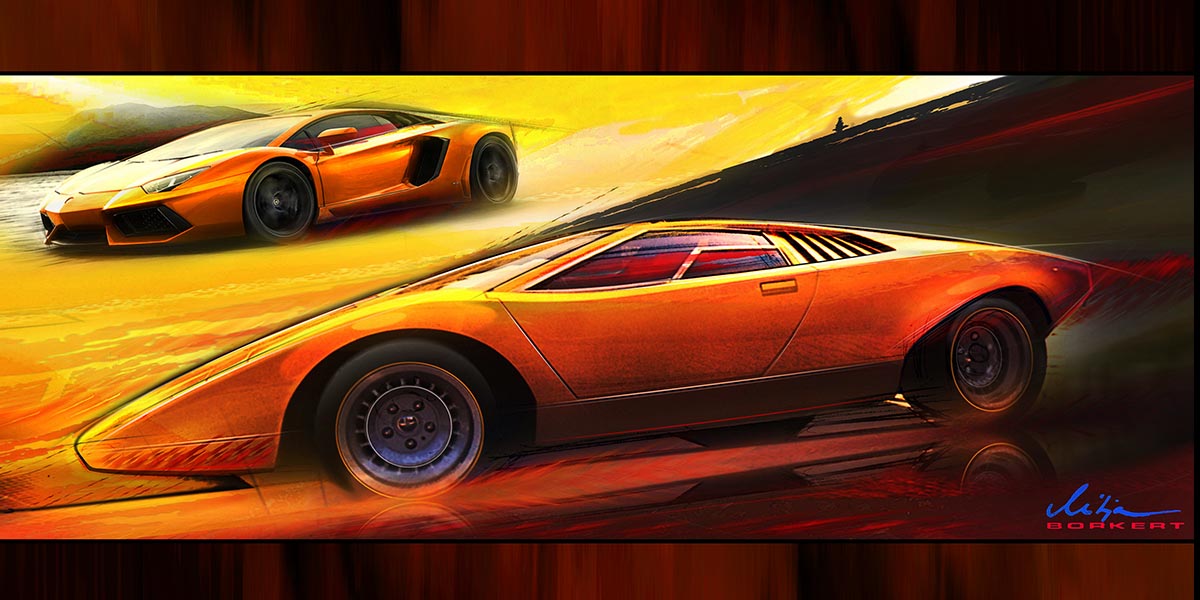 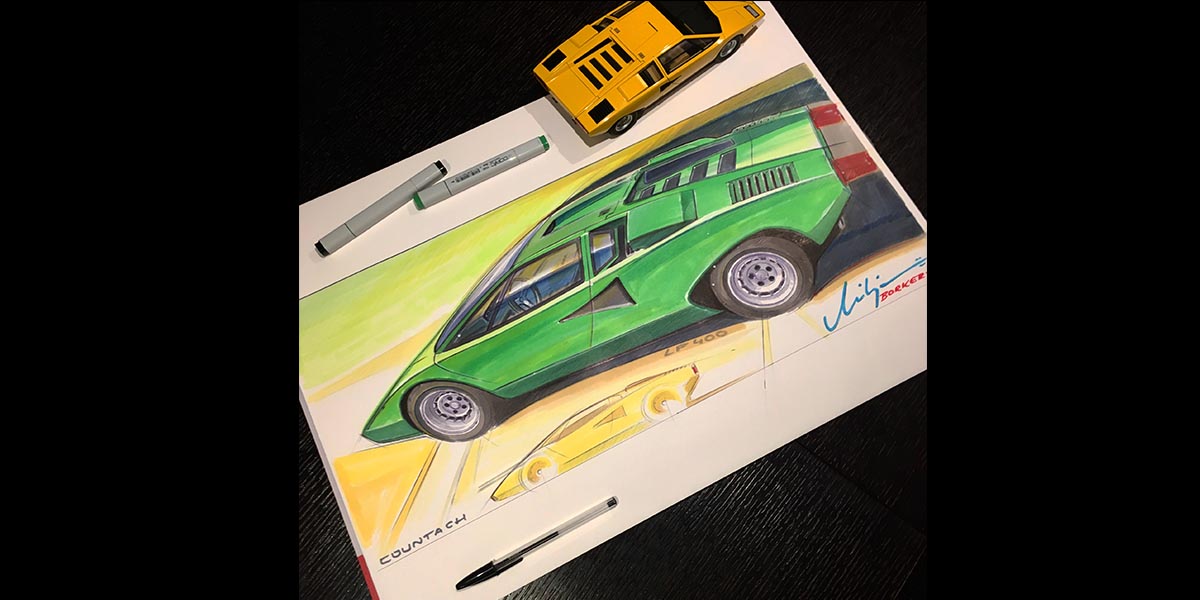 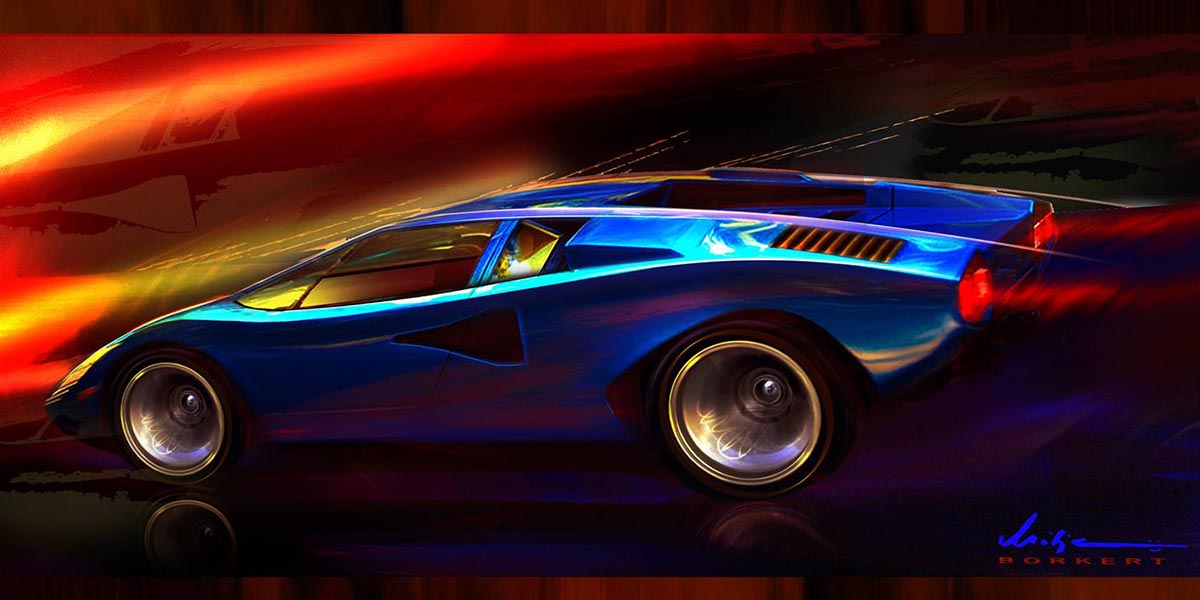 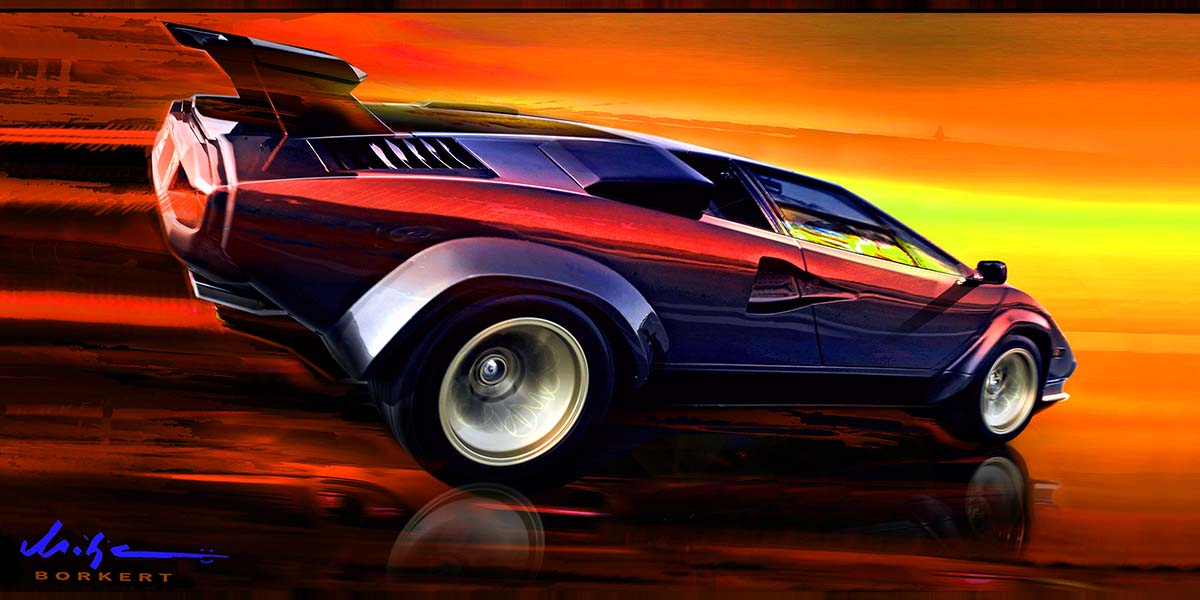 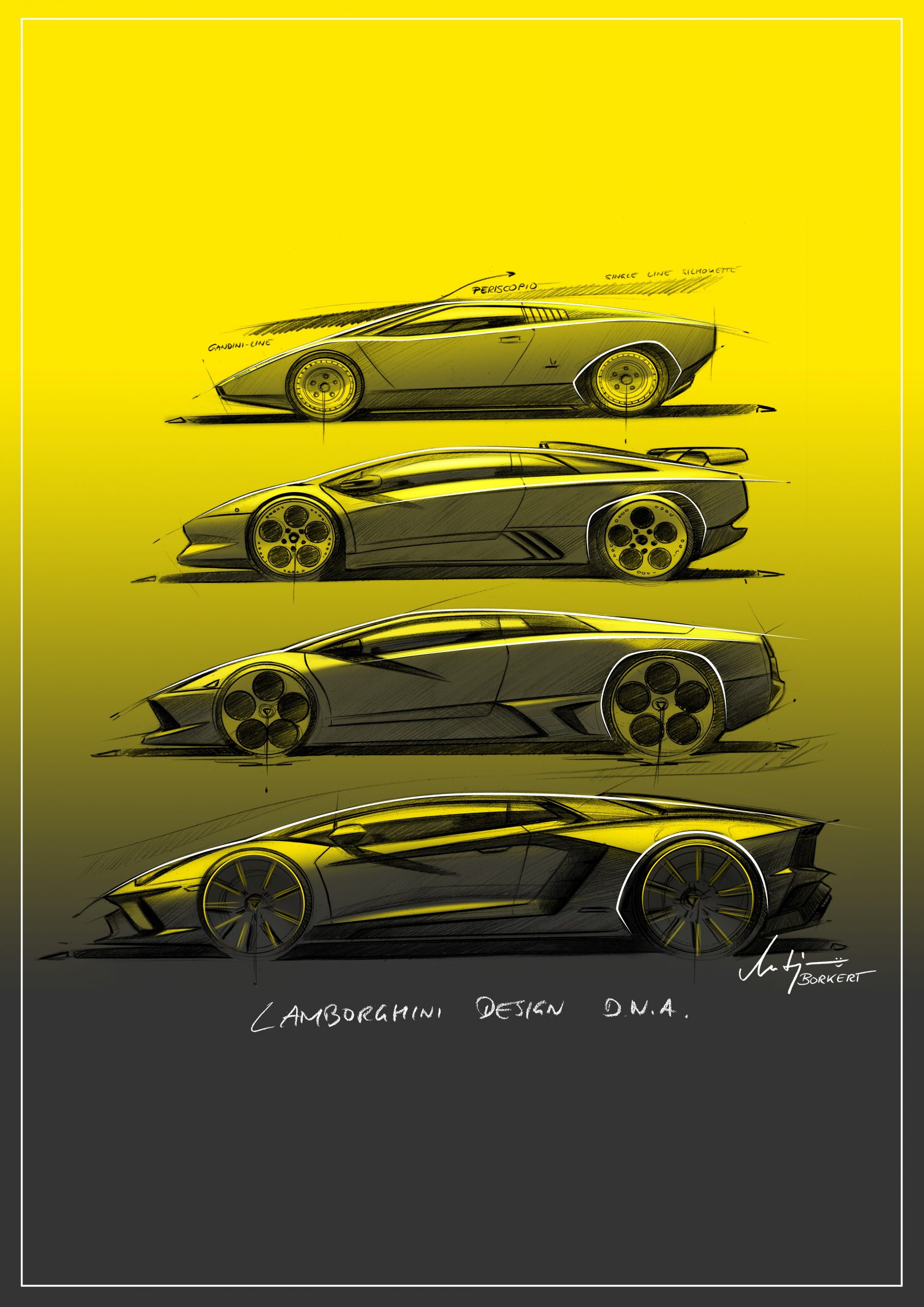 Created by the designer Marcello Gandini, the Lamborghini Countach marked his generation. A resolutely revolutionary car that literally left the public speechless when they came to admire it.

It was in 1971 at the Geneva Motor Show that the LP500 concept car called Countach (a Piedmontese expression meaning “fabulous”) was born.
The elegant yet aggressive front end, the flat windshield joining the hood and roof without any joints, the roof extending to the engine compartment and drawing a progressive curved line from the fenders to the rear body panel, characterized this concept with a completely new, surprising and innovative style.

From this prototype was born the production Countach, named LP 400 (LP meaning Longitudionale Posteriore in reference to the position of the engine) because its V12, always positioned longitudinally behind the passenger compartment, was reduced to its ideal 4-litre displacement.  It made its appearance at the 1973 Geneva Motor Show.

It is recognizable among other things by the fluidity of its lines and by its narrower tires than the following versions. The LP 400 is the most aerodynamic version of all. 158 units are produced.

Over the years, the Countach underwent several evolutions of its engine and design. The LP500S, introduced in 1982, receives a large 4.8 L engine and the tailgate and dashboard are slightly redesigned.

In 1985, the car undergoes its third evolution, the new engine is increased to 5.2L and receives four valves per cylinder: “QV” means “Quattro Valvole” in Italian.

In 1988 the last version of the Countach is born, with the 25th anniversary with the evolution of the bodywork: redesigned air intakes, body belt, addition of a rear bumper, new rear lights.

The Lamborghini Countach marked the Lamborghini design which is still inspired by Gandini’s lines for the creation of the new models within the DNA Design. 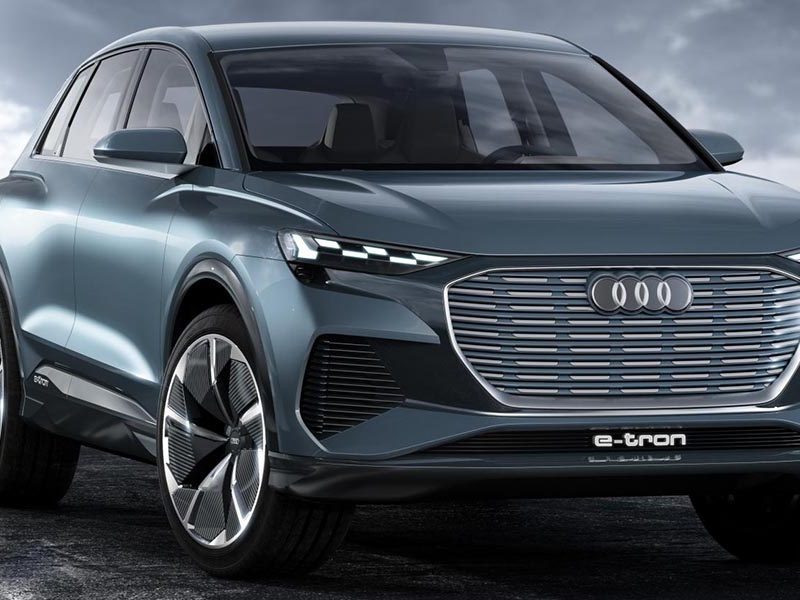