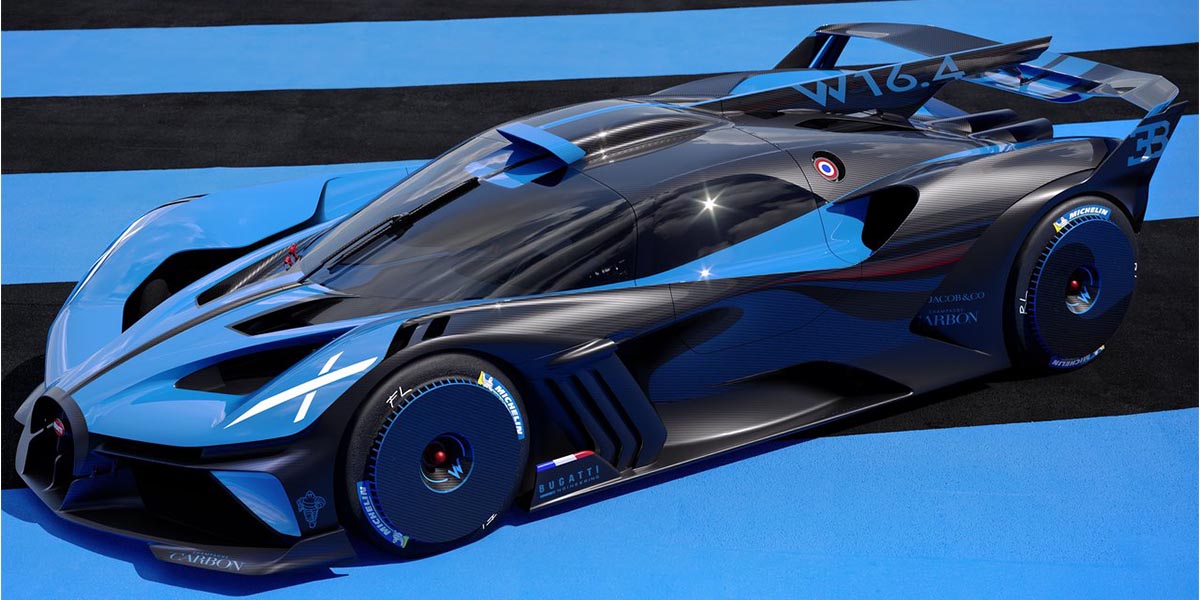 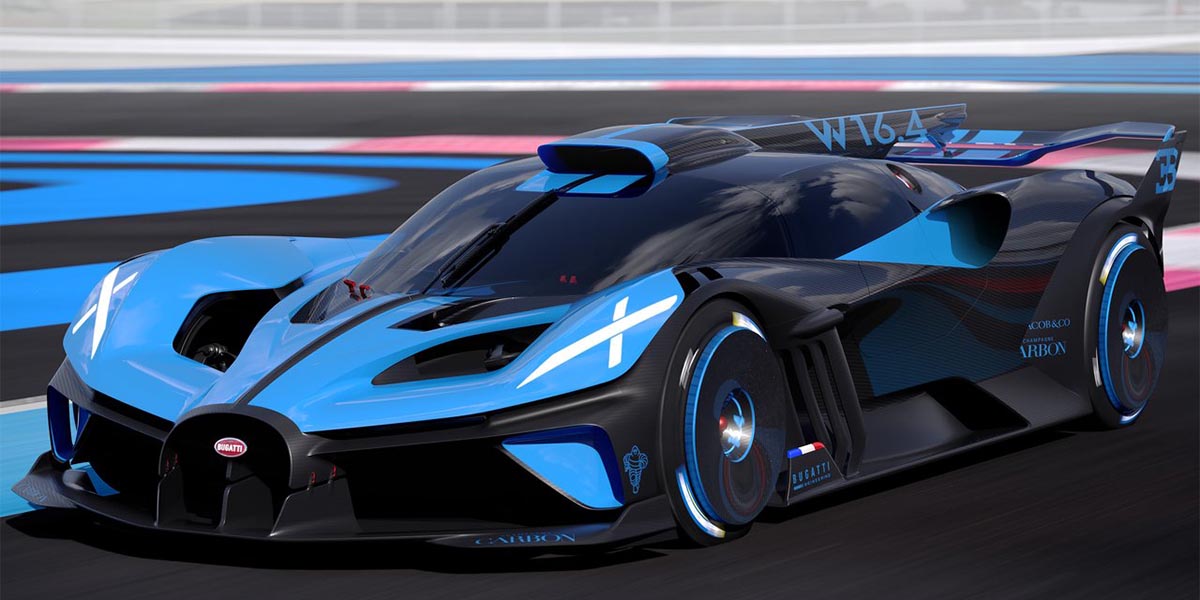 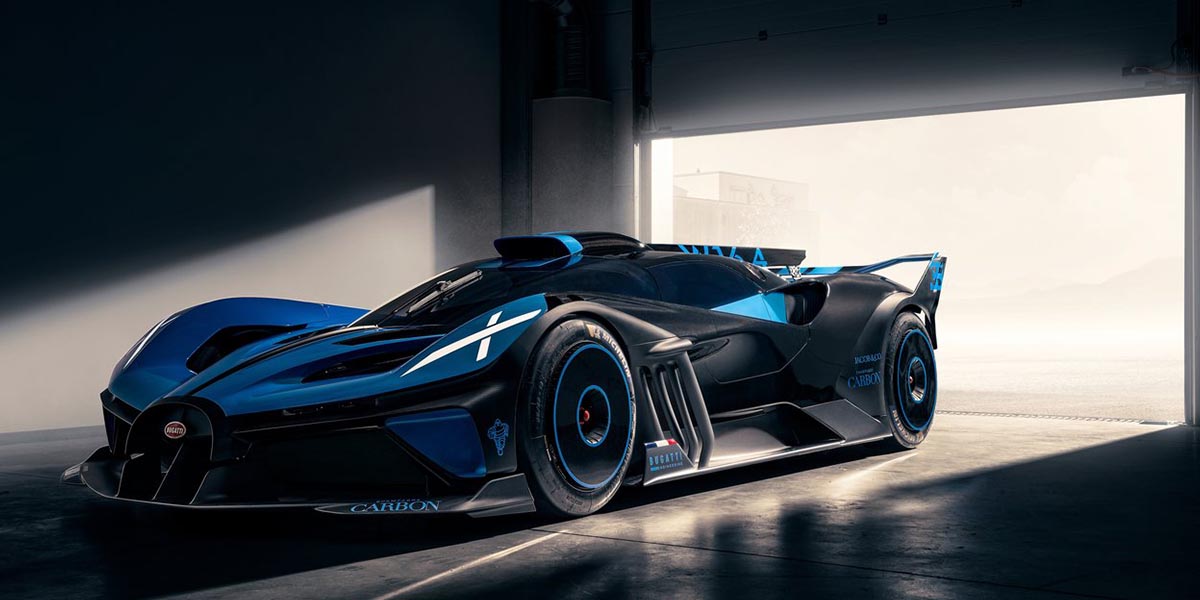 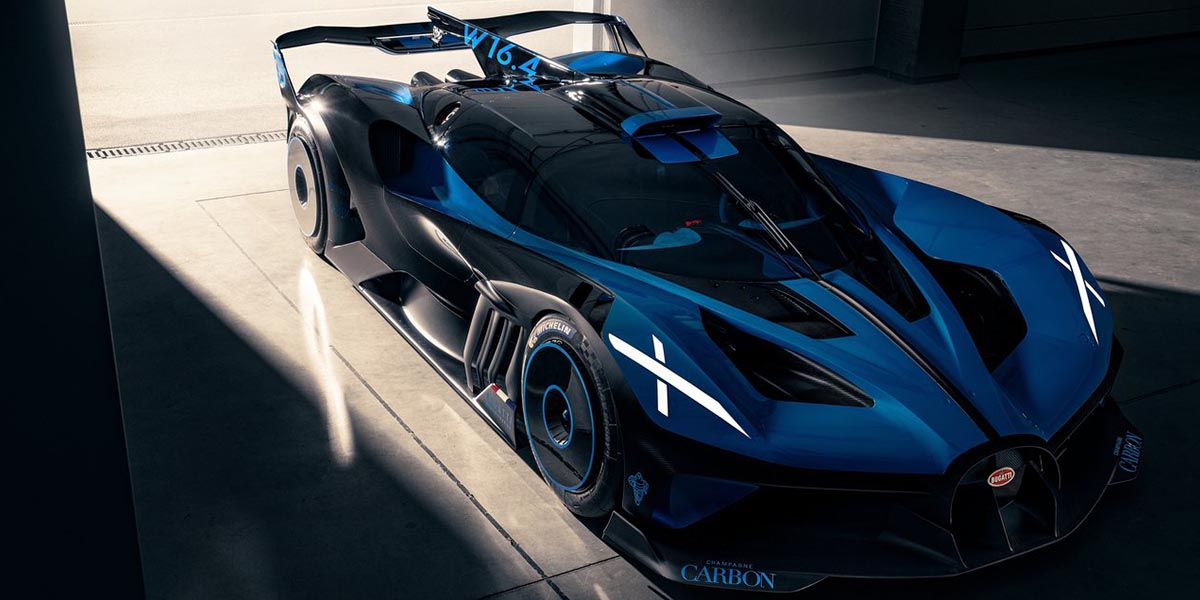 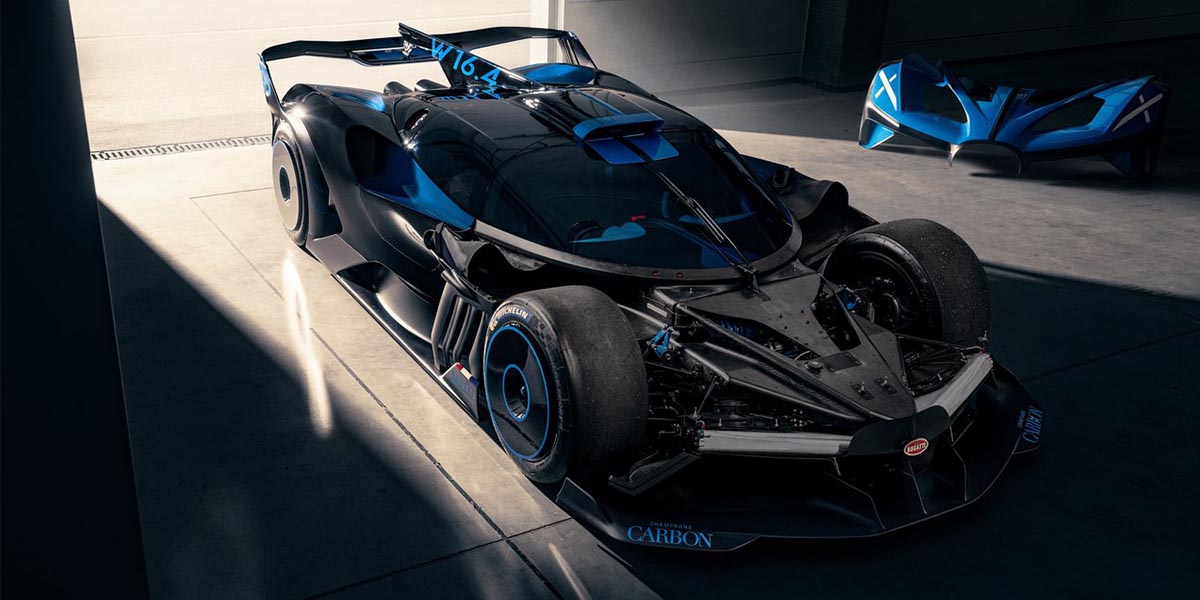 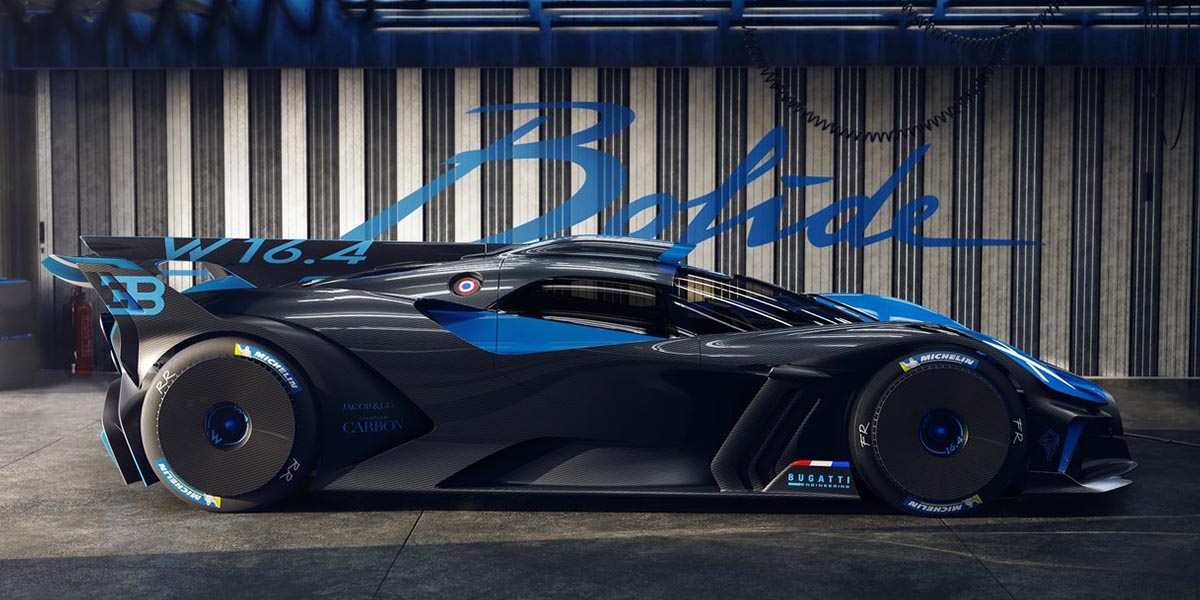 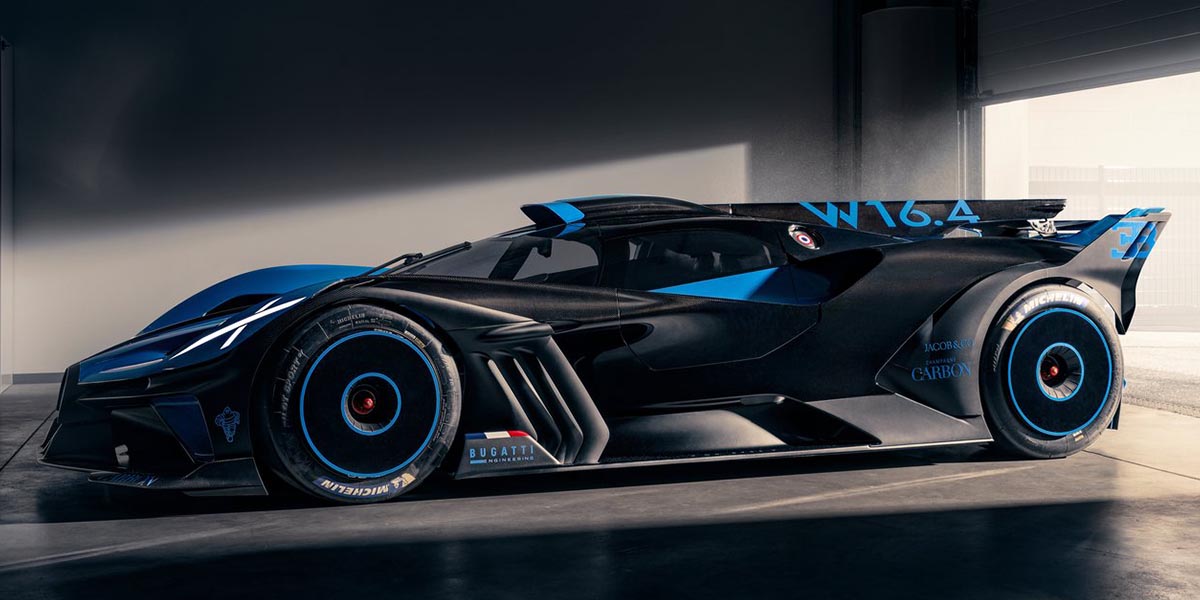 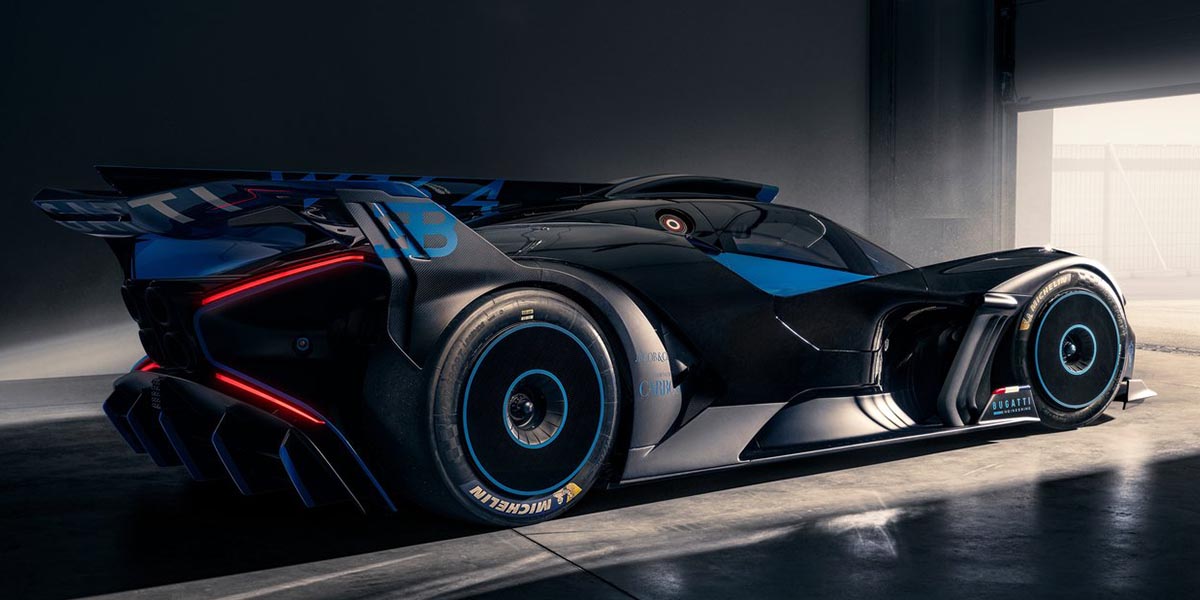 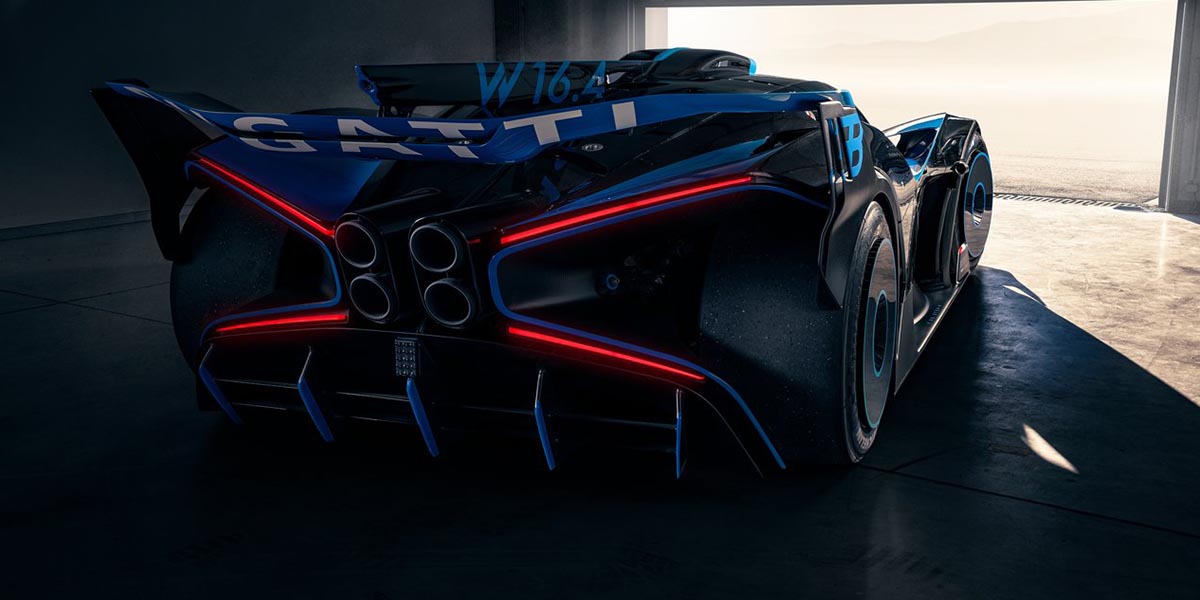 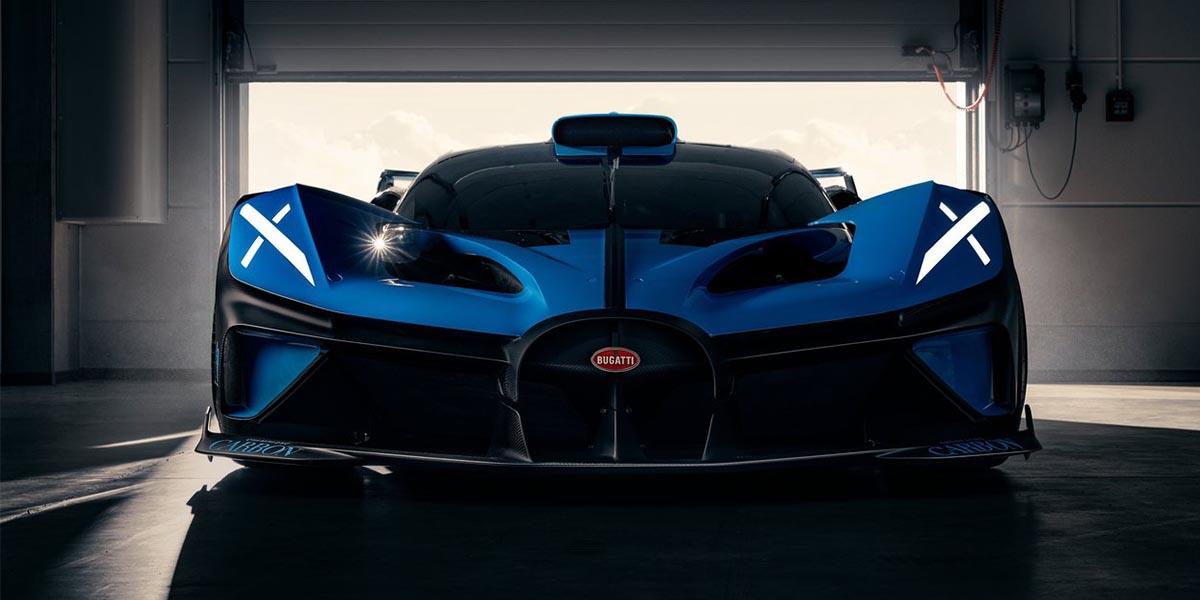 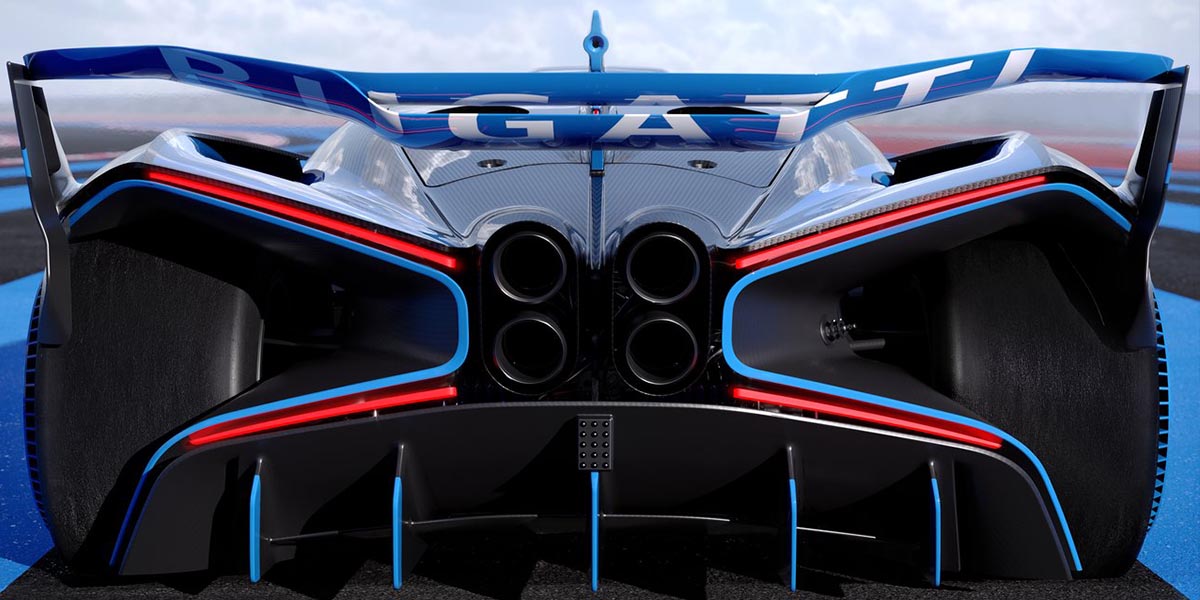 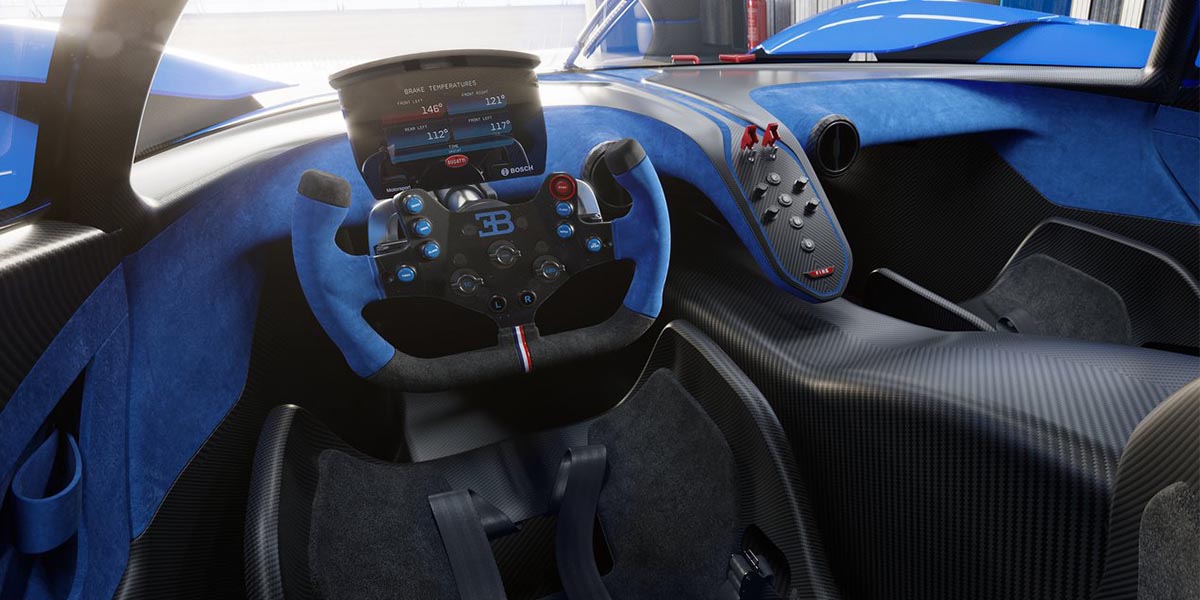 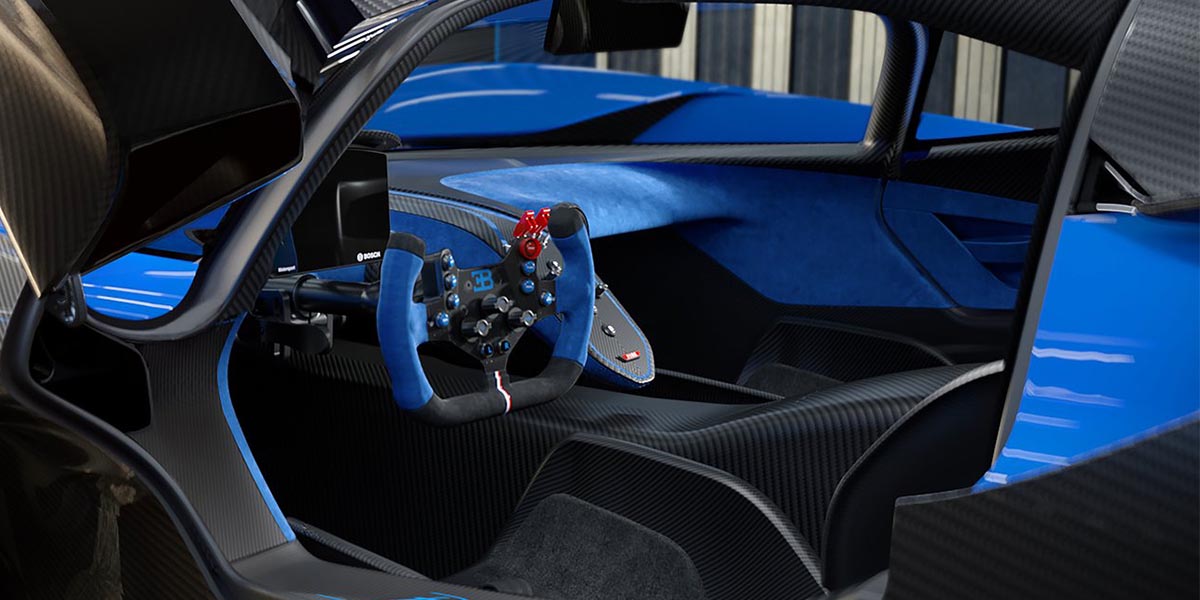 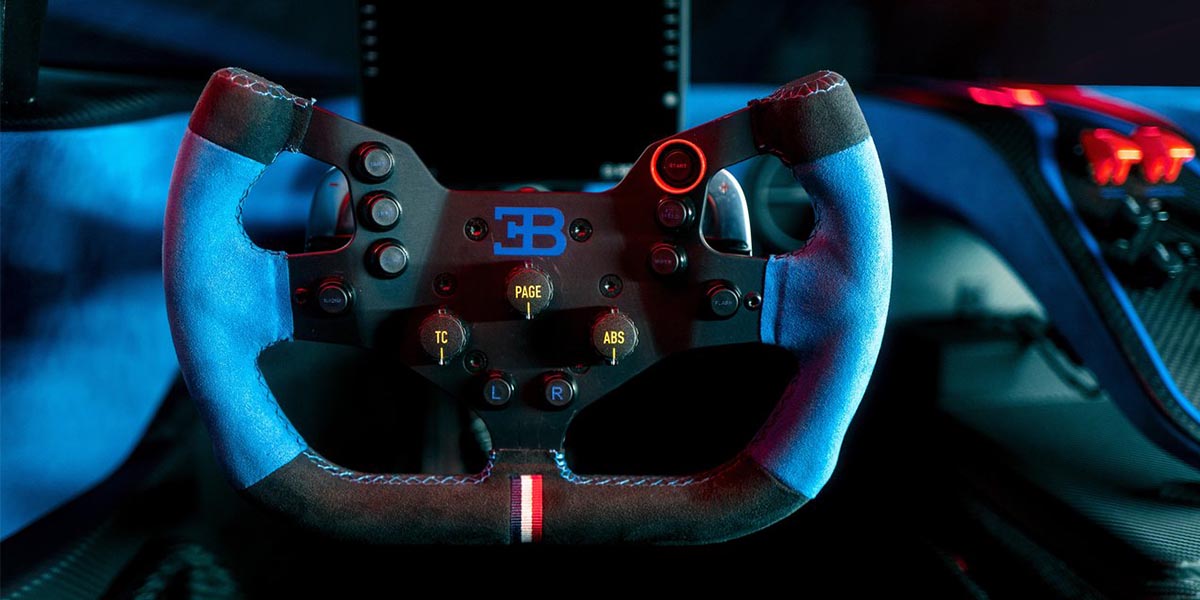 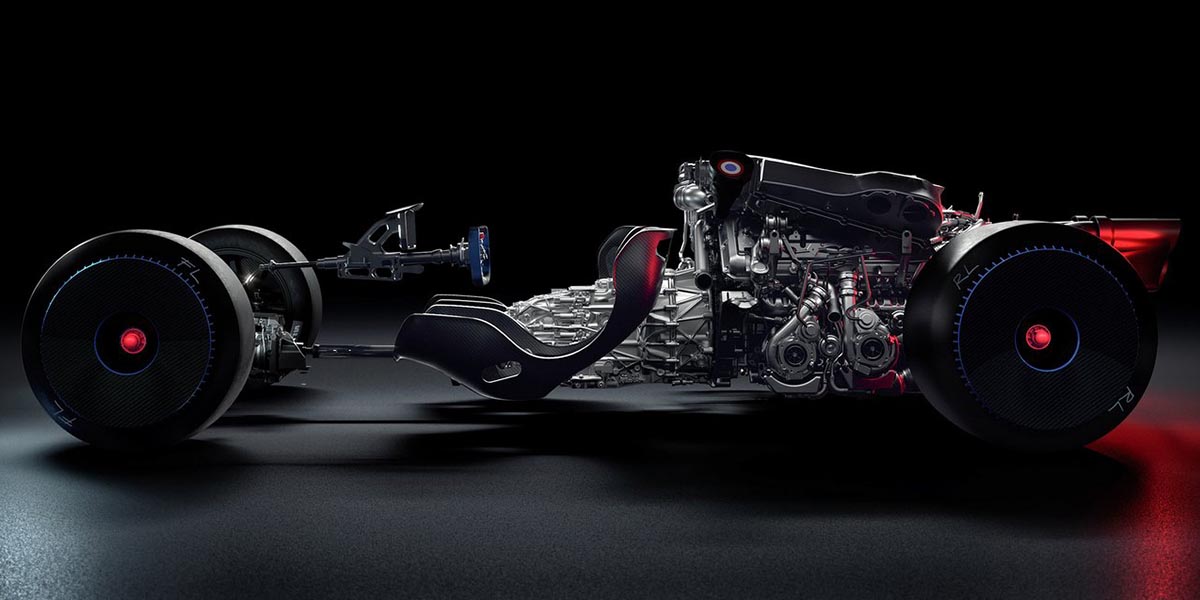 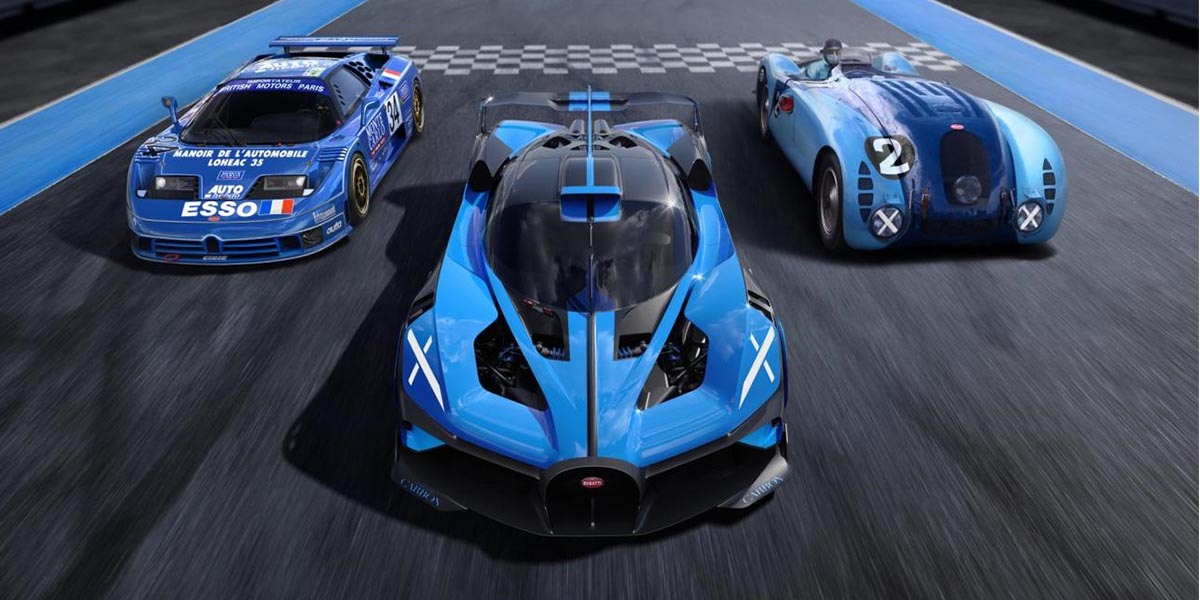 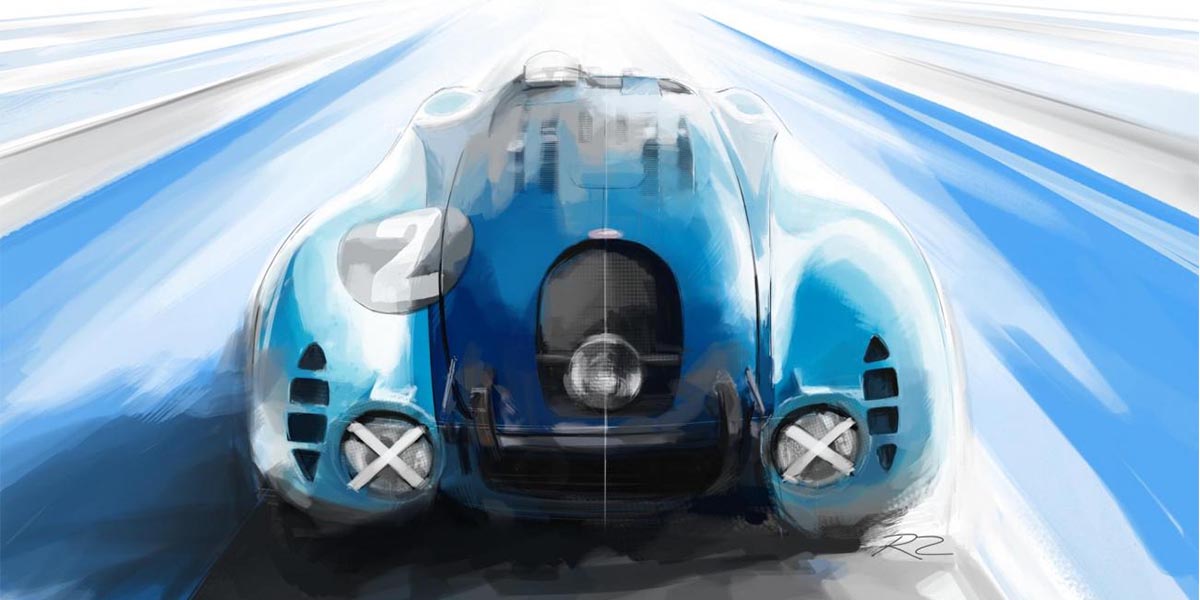 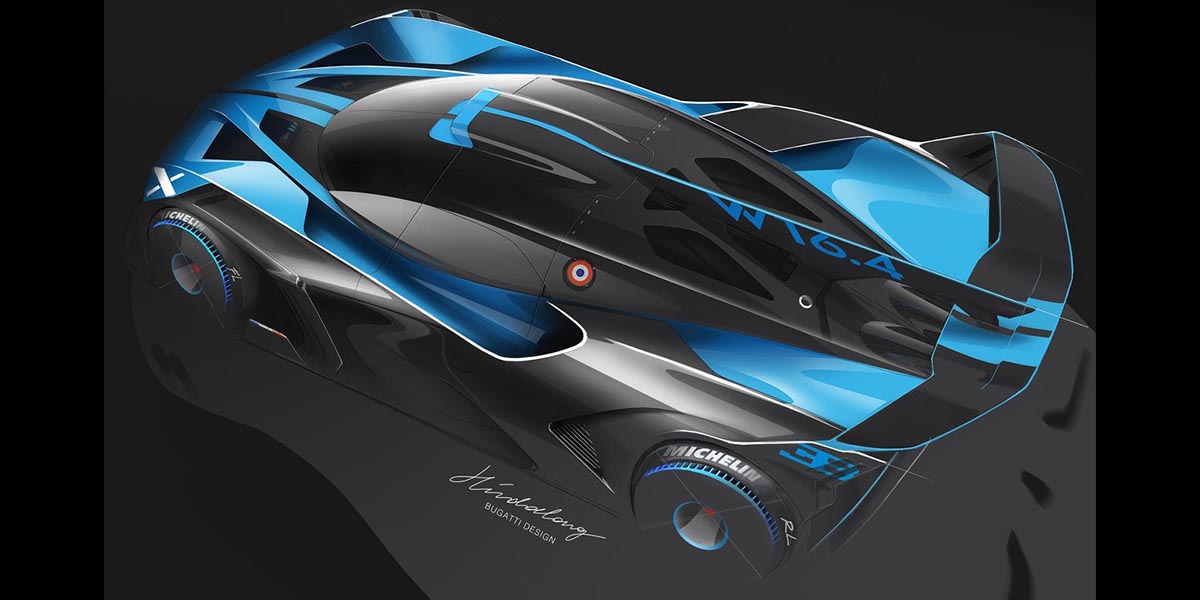 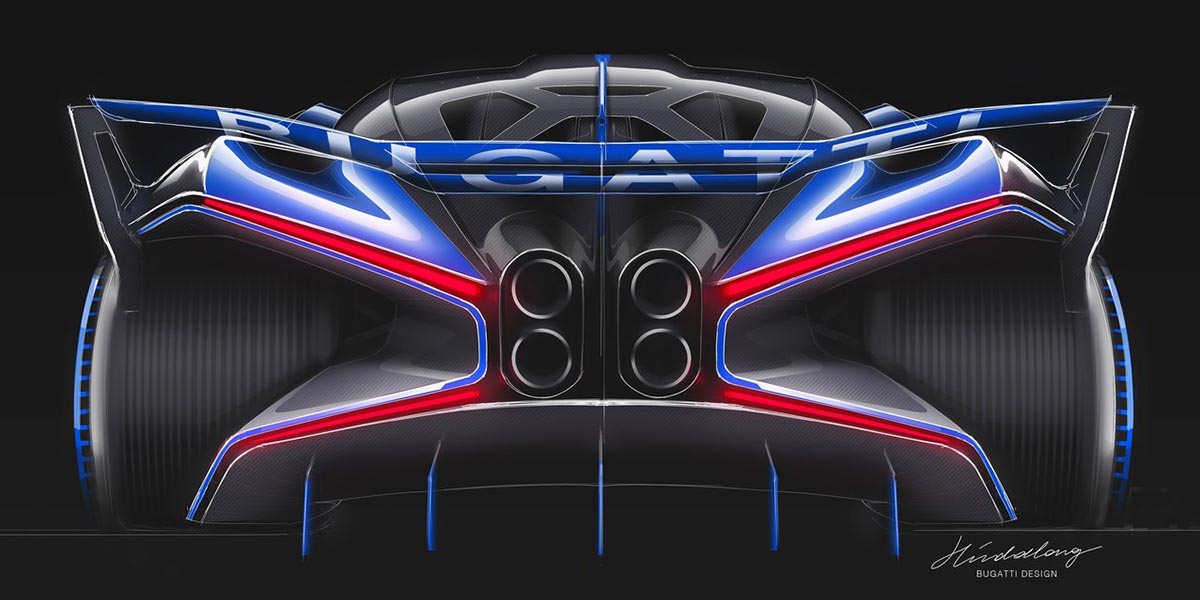 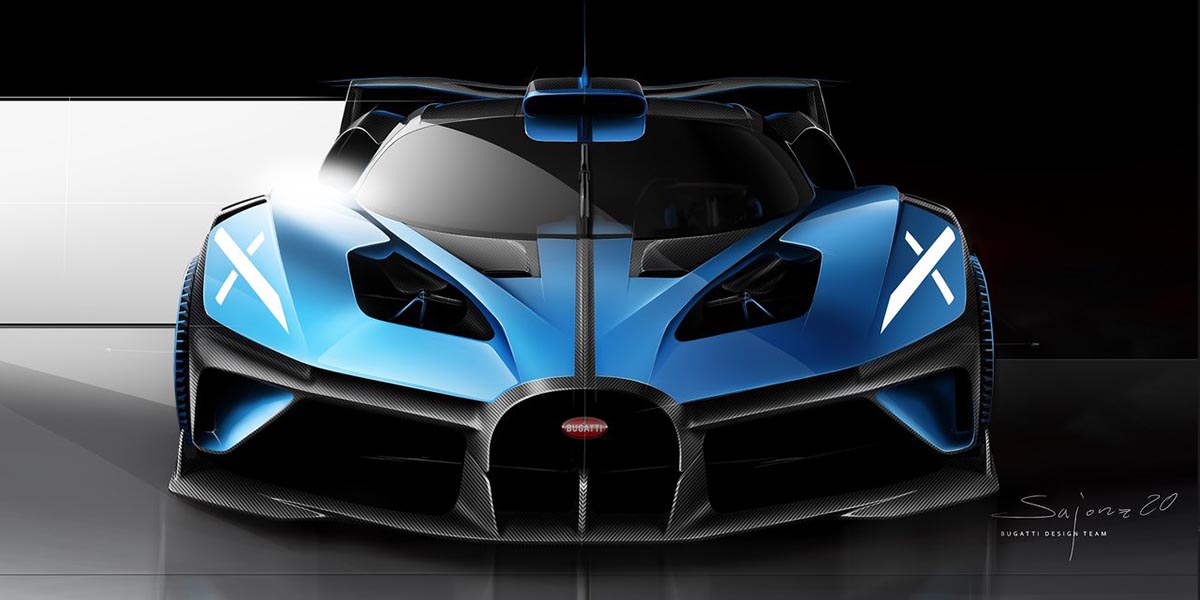 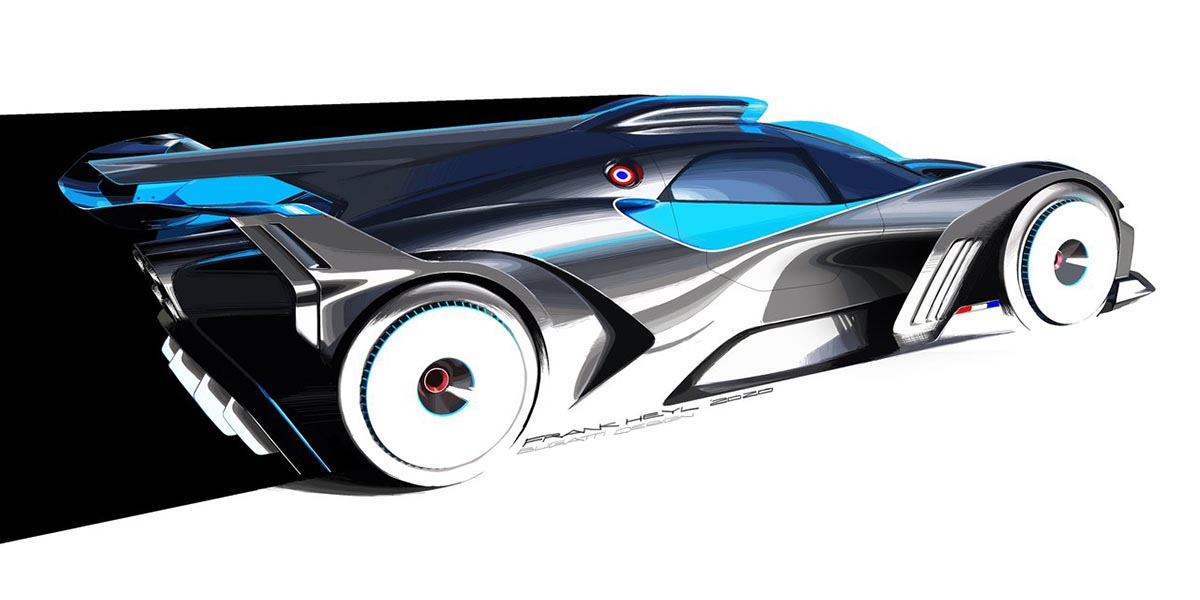 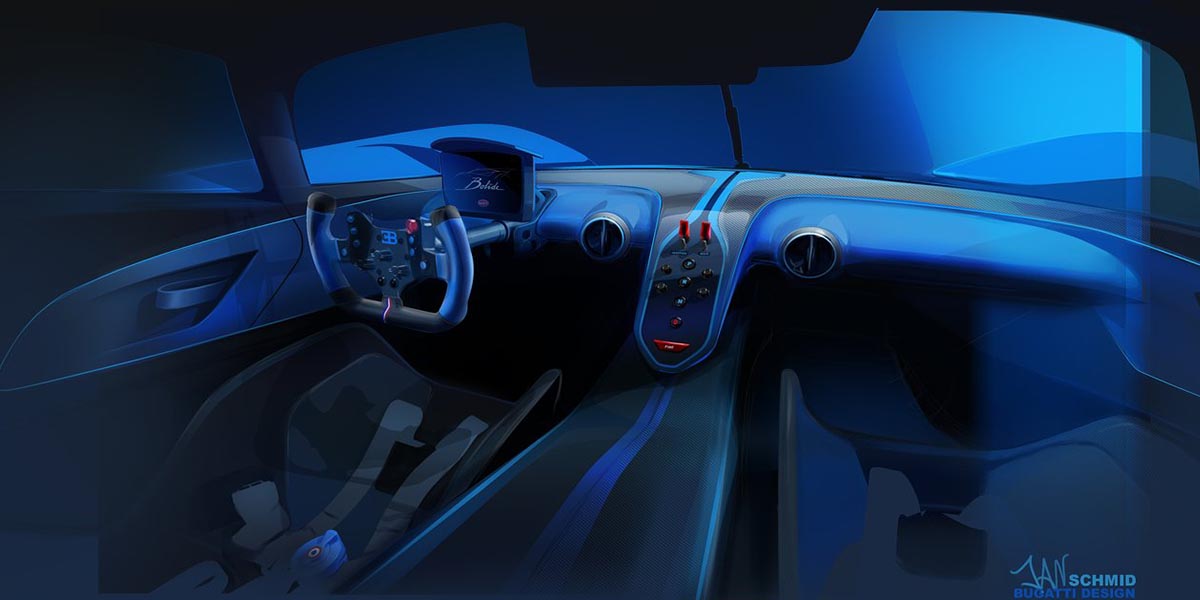 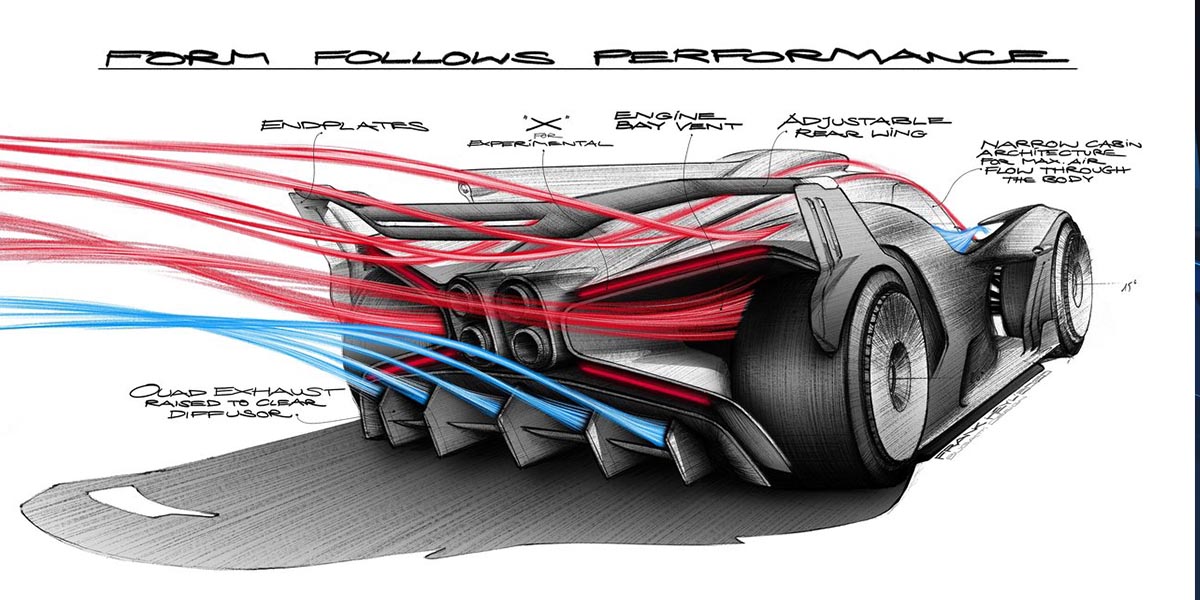 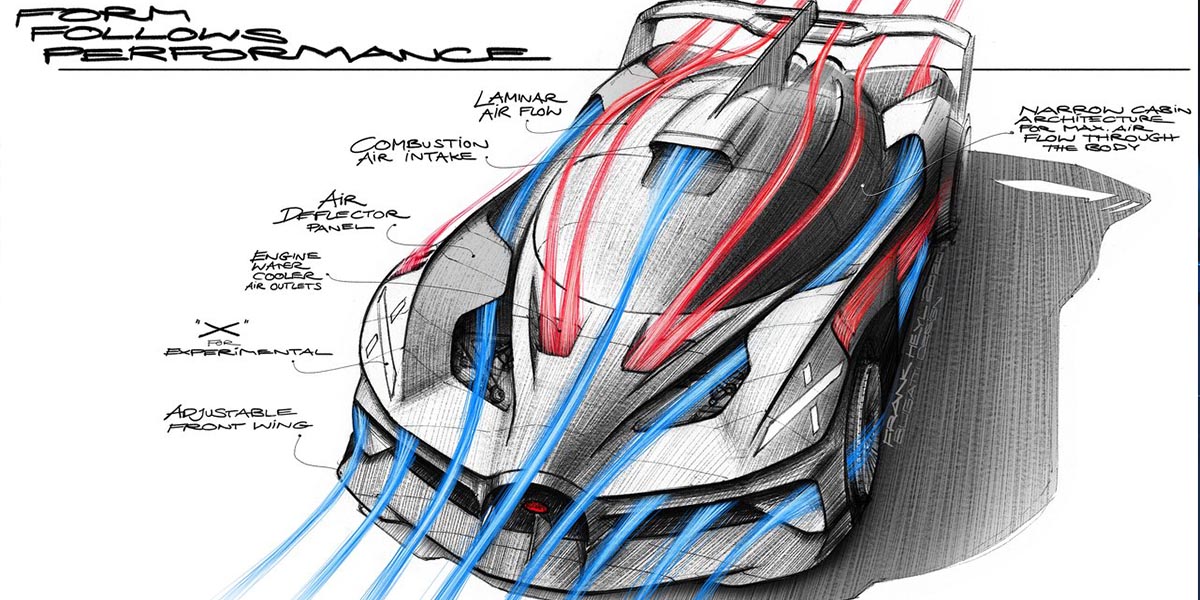 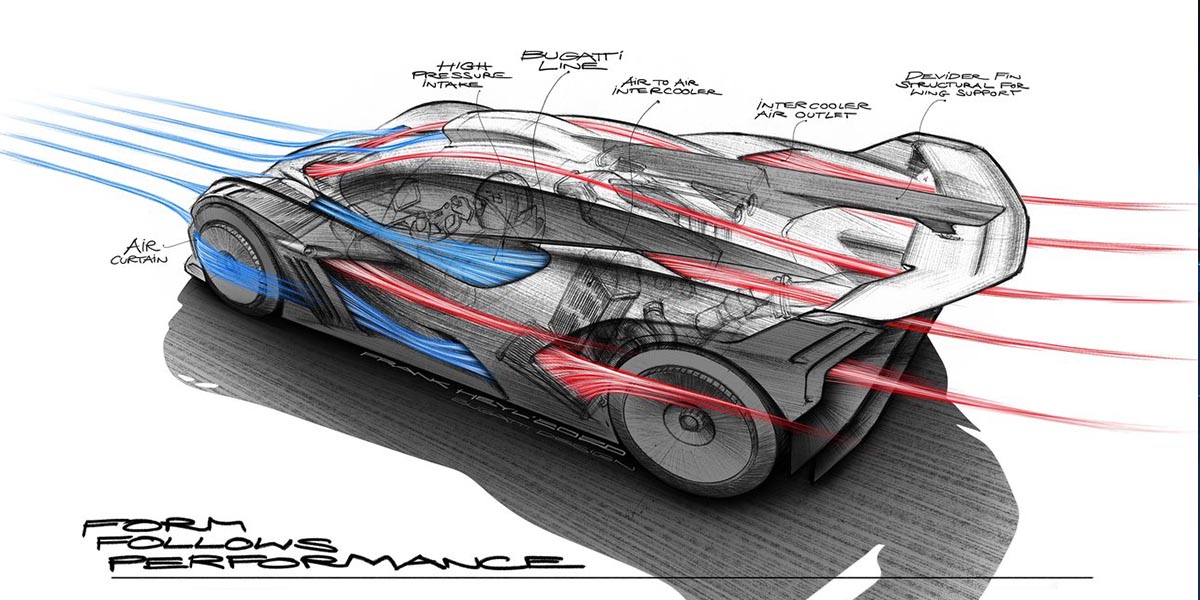 An uncompromising experience, a thoroughbred that, in its raw exclusivity, impresses above all with its high performance, low weight and a driving experience of a new dimension. Driving the Bolide is like driving a cannonball.

With the experimental study of the Bugatti Bolide, the French luxury car manufacturer presents a new and unique vehicle concept for the ultimate Bugatti boost: a super sports track car with the series-produced W16 engine combined with minimal bodywork for maximum downforce. The Bolide offers an unprecedented and ultimate Bugatti driving experience: small, raw, authentic.

The Bolide Bugatti is the most extreme, uncompromising, fastest and lightest vehicle concept in the company’s recent history – with an incredible power-to-weight ratio of 0.67 kg per PS. This is made possible by the combination of the 1,850 HP W16 engine and a vehicle weight of just 1,240 kg. The Bugatti Bolide achieves figures almost equivalent to those of Formula 1, while its top speed is well over 500 km/h – without compromising maximum manoeuvrability and agility.

The DNA : Bugatti type 35
In the 1920s, Bugatti produced one of the most successful racing cars of all time: the Type 35. This open-top sports car won more than 2,000 victories between 1924 and 1930, making it a real legend in racing history. It was inimitable in terms of technology, design and performance: powered by a 2.3-litre in-line 8-cylinder engine at high revs, the supercharged evolutionary models developed 140 PS and could reach top speeds of more than 215 km/h. In addition to their impressive power, these engines were renowned above all for their reliability and endurance. And their lightness: a race-ready Bugatti Type 35 weighed only about 750 kilograms, making it a masterpiece in terms of its power-to-weight ratio.
The Type 35 was inimitable in its time in terms of technology, design and performance. Just like the Bugatti Bolide today.

Designed to perform
“In 16 years at Bugatti, I have never worked on a more extreme vehicle concept” – Achim Anscheidt, Bugatti Design Director.
The design of the Bugatti Bolide is radically adapted to the idea of lightweight construction, resulting in the most provocative proportion of a modern Bugatti ever made and the quintessential distillation of our Bugatti design ethic: form follows performance.

The stylistic challenge was to transform the irreducible demands of aerodynamics and lightweight construction into an aesthetic that reflects Bugatti’s unique DNA, but at the same time illustrates the ambition of an impressive power-to-weight ratio. The overall appearance is dominated by air ducts that are more reminiscent of Formula 1 racing cars than of classic sports cars. The filigree, semi-open front end is a striking example of the combination of air duct expertise, lightweight construction requirements and aesthetic dynamics.

The influence of aviation
The ultra-sporty driver’s seat provides the low-slung shape of an aircraft at low altitude. It is therefore not surprising that the appearance of the Bugatti Bolide evokes the “Xs” of aviation history and shows a clear X signature from every angle. It is indirectly reminiscent of the first jet plane that broke the sound barrier at Mach 1.06 in 1947. The Bugatti “X-periment” has the shape of an aerodynamically optimised and uncompromising racing car and offers ultra-sporty and superlative performance – without any hint of luxury.

Also, the design language of the Bugatti Bolide heralds back to the marque’s track-bred heritage, with the X signature present on the front of the Bolide representing the taped ‘X’ that historic racing cars would use to cover headlights, preventing the spread of glass in the event of an accident as the Type 57G Tank.