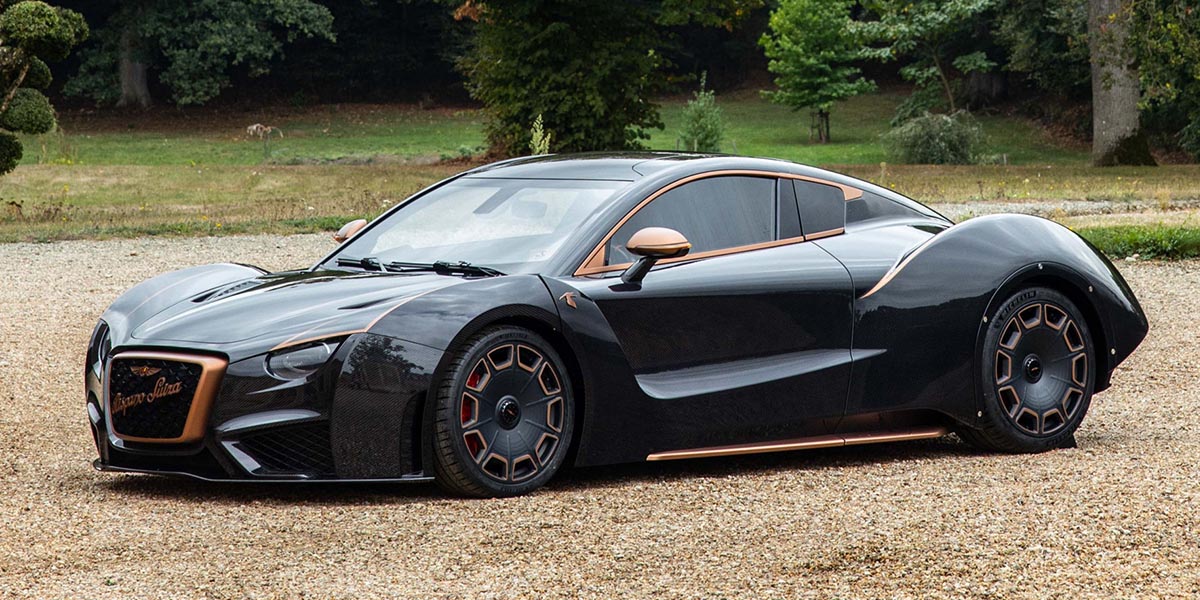 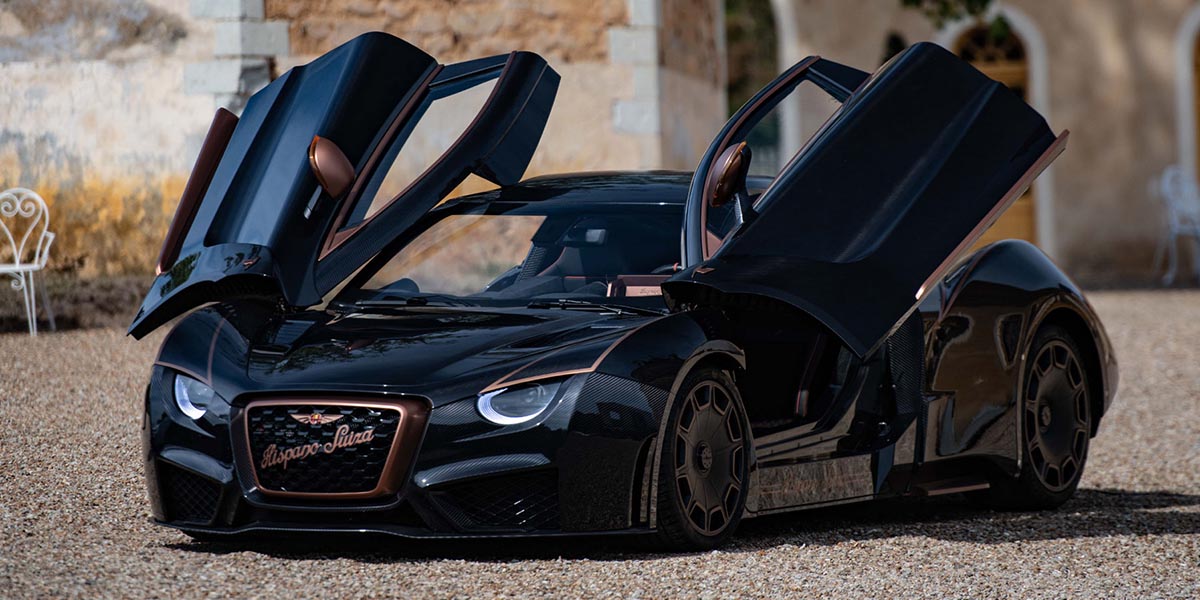 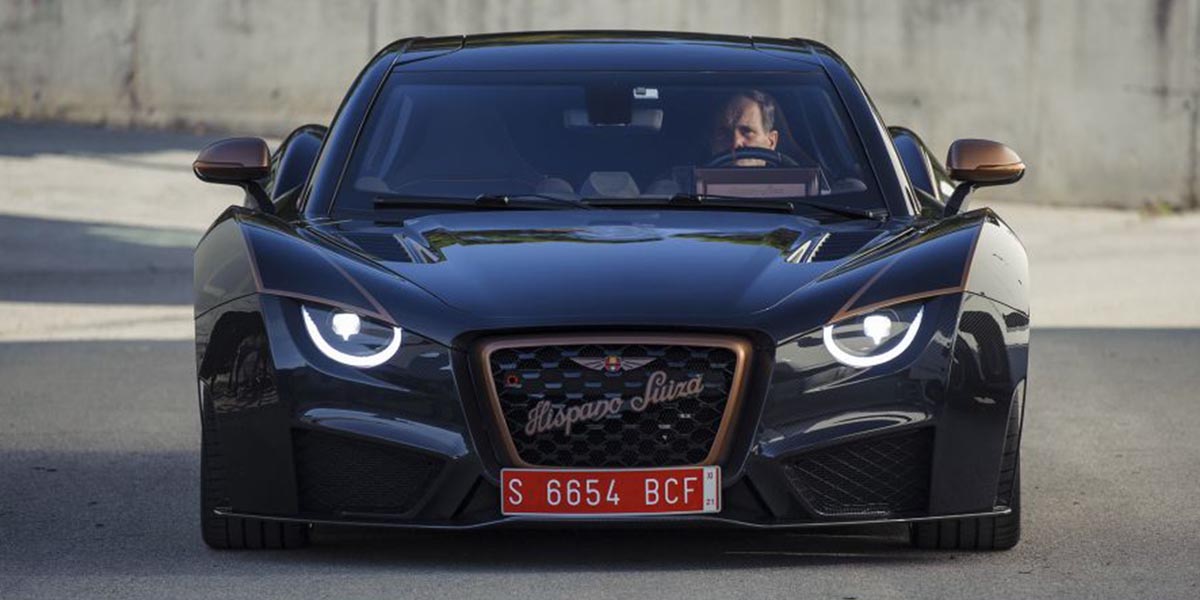 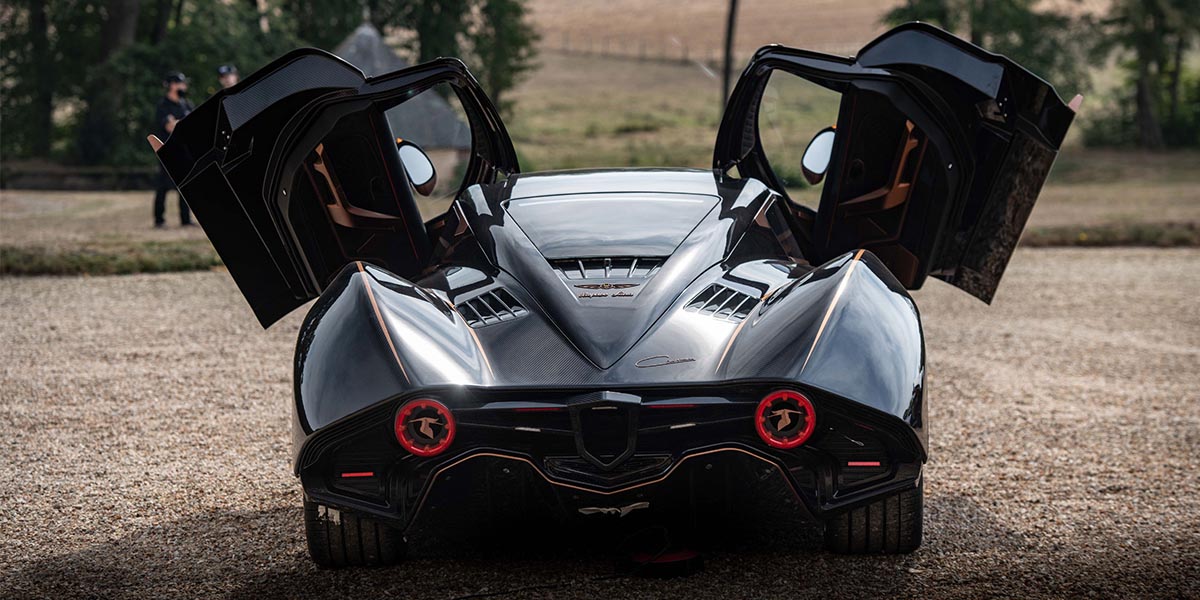 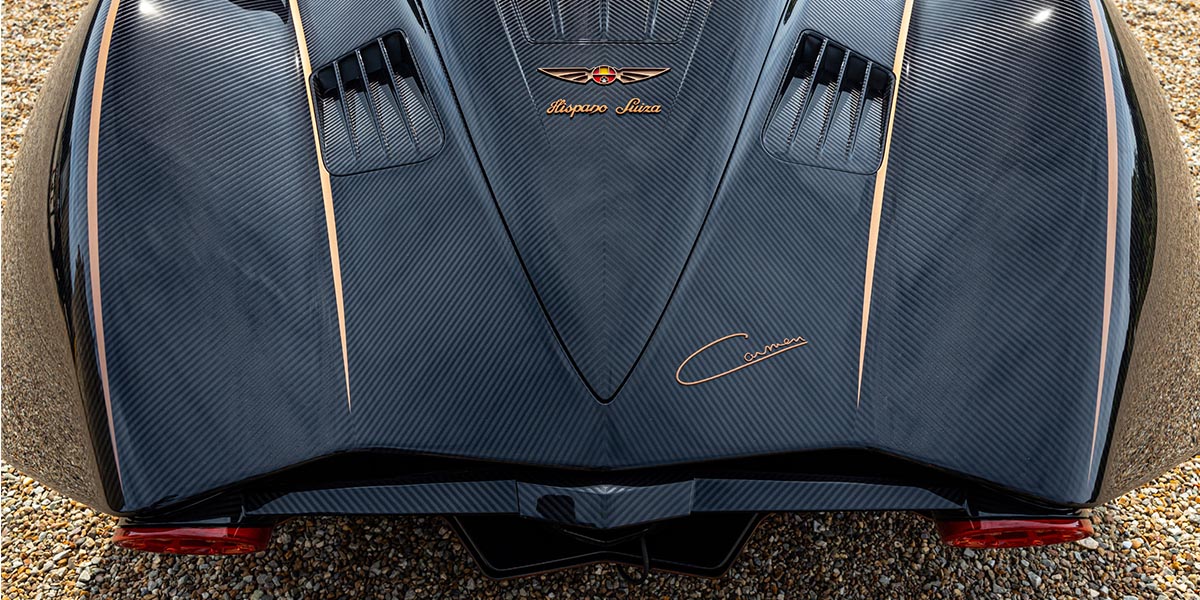 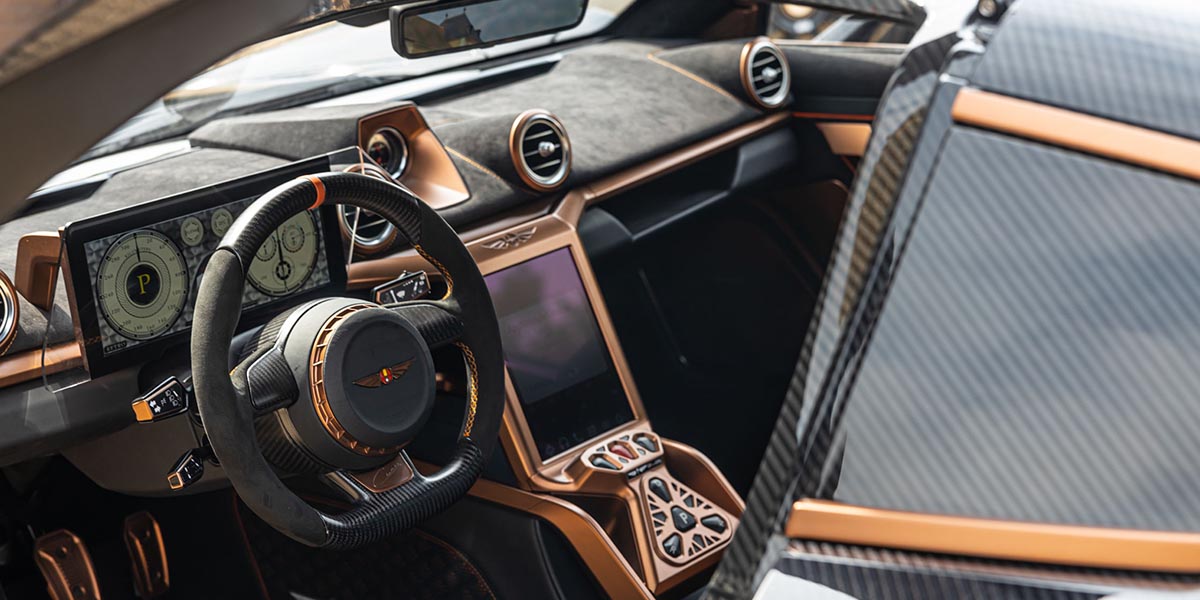 The Carmen Boulogne is the most exclusive version of the Hypercar Carmen. It will be produced in only five copies (the Carmen is offered in 14 copies), and will cost 1.63 million euros (excluding tax) per unit.

Its performance is remarkable:

It is designed around a carbon fibre monocoque chassis, a 100% electric powertrain.

The bodywork is made of unpainted carbon fibre, enhanced by a gloss and contrasting varnish and copper-coloured elements such as the front grille trim, front wing edging, window surrounds, side sills, mirrors and the logo on the sides of the car.

The 20-inch wheels are black and copper-coloured. At the rear, they are no longer covered.

Inside, this finish can be found with black upholstery contrasted by orange stitching and numerous copper-coloured elements such as the pedals and centre console.

Leather has been replaced by alcantara and suede for a sportier feel.

The Carmen Boulogne, which owes its name to the Hispano-Suiza chassis successfully entered in the George Boillot Cup, organised around the French town of Boulogne and won by the brand three times thanks to André Dubonnet (1921), Paul Bablot (1922) and Léonce Garnier (1923), also has a more powerful engine than the “standard” Carmen.