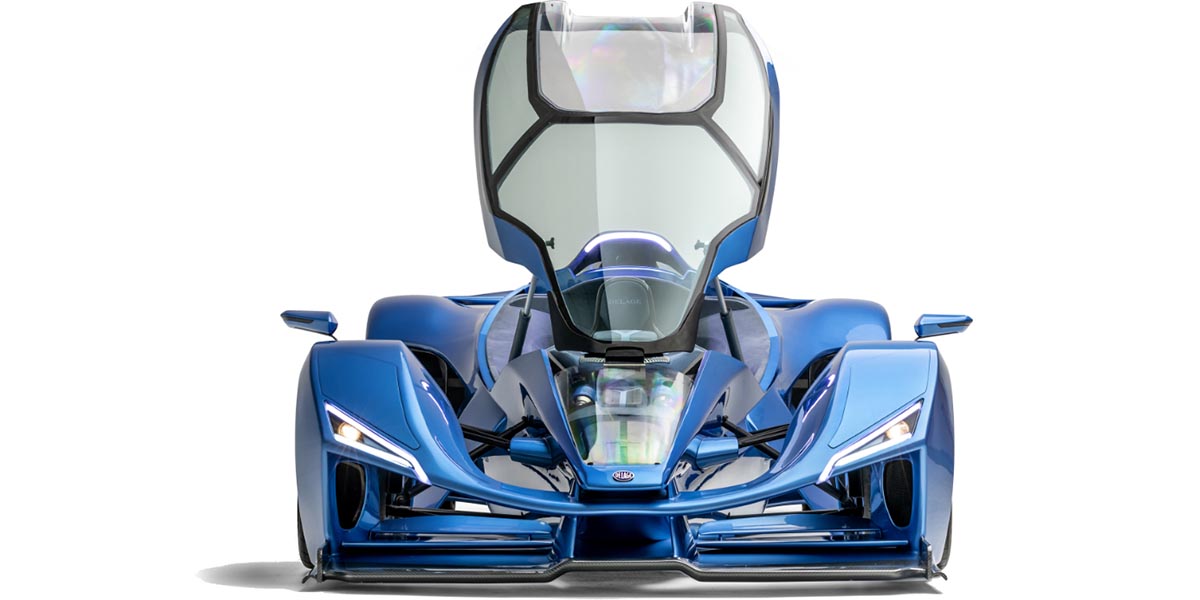 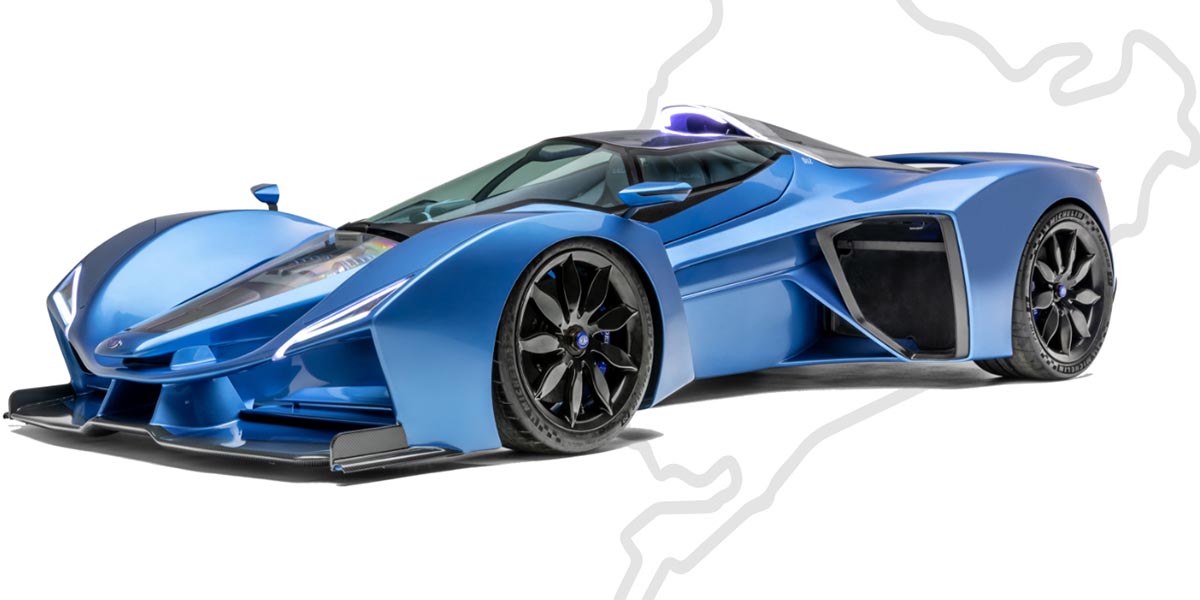 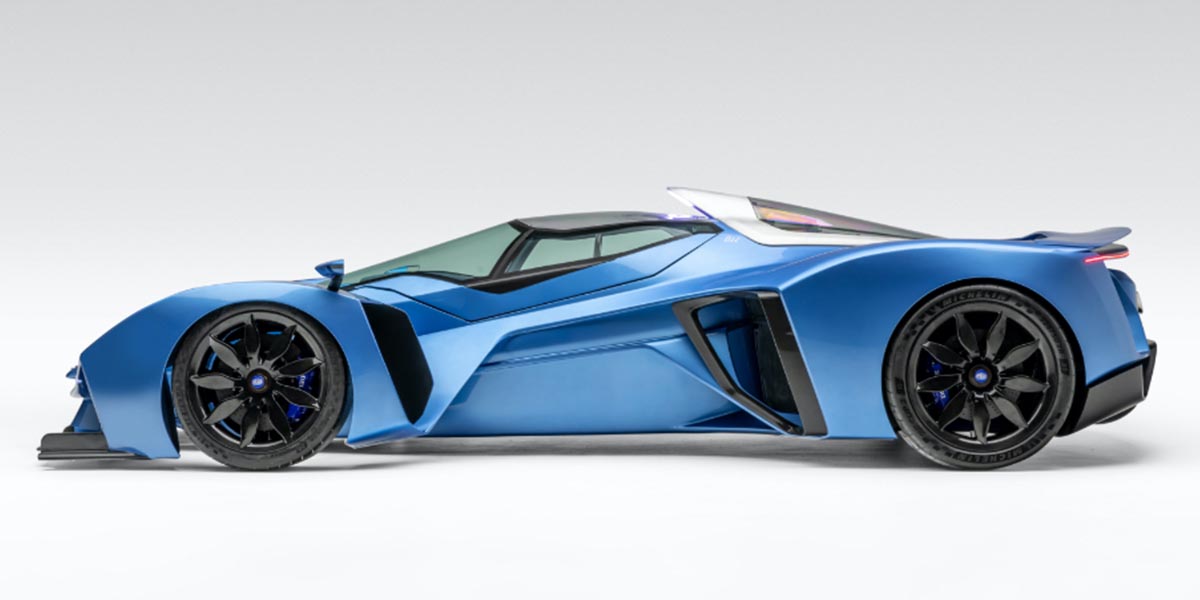 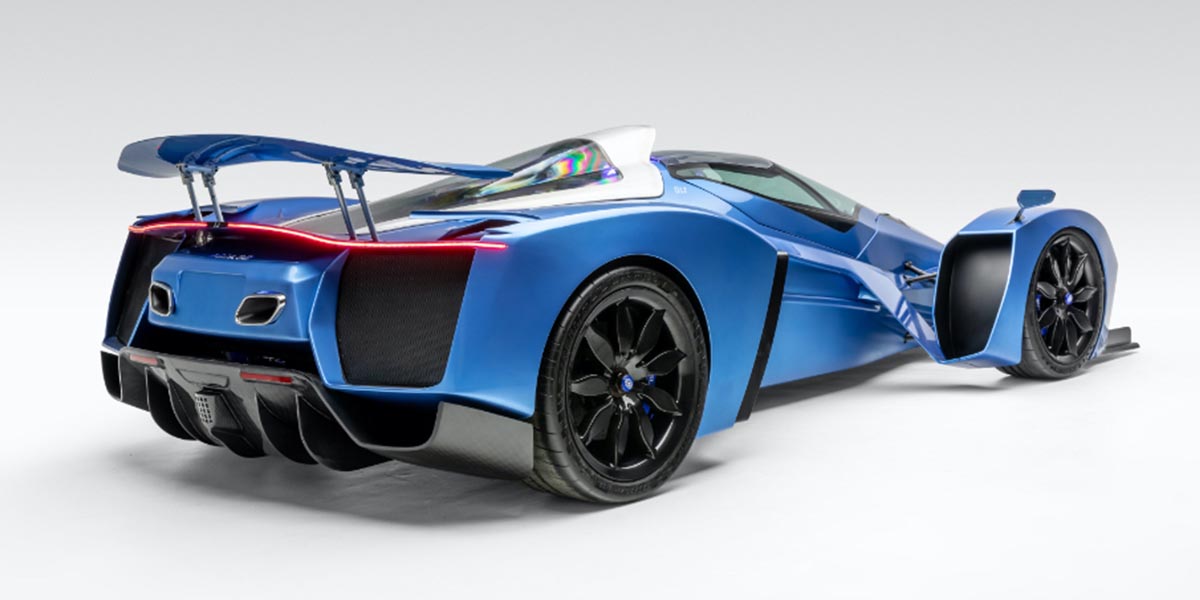 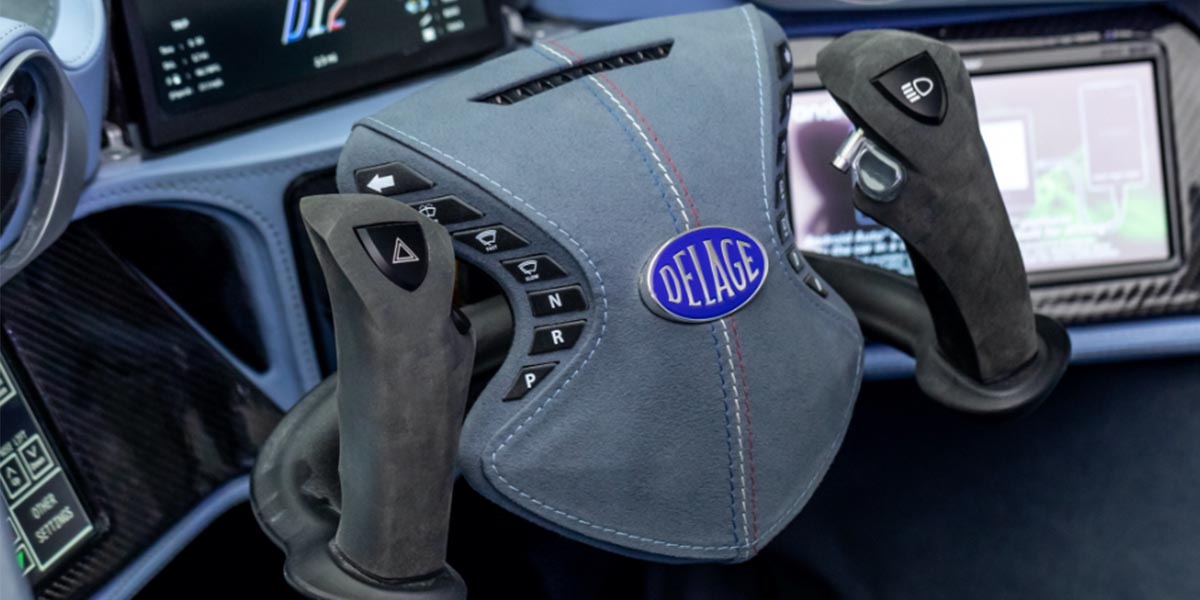 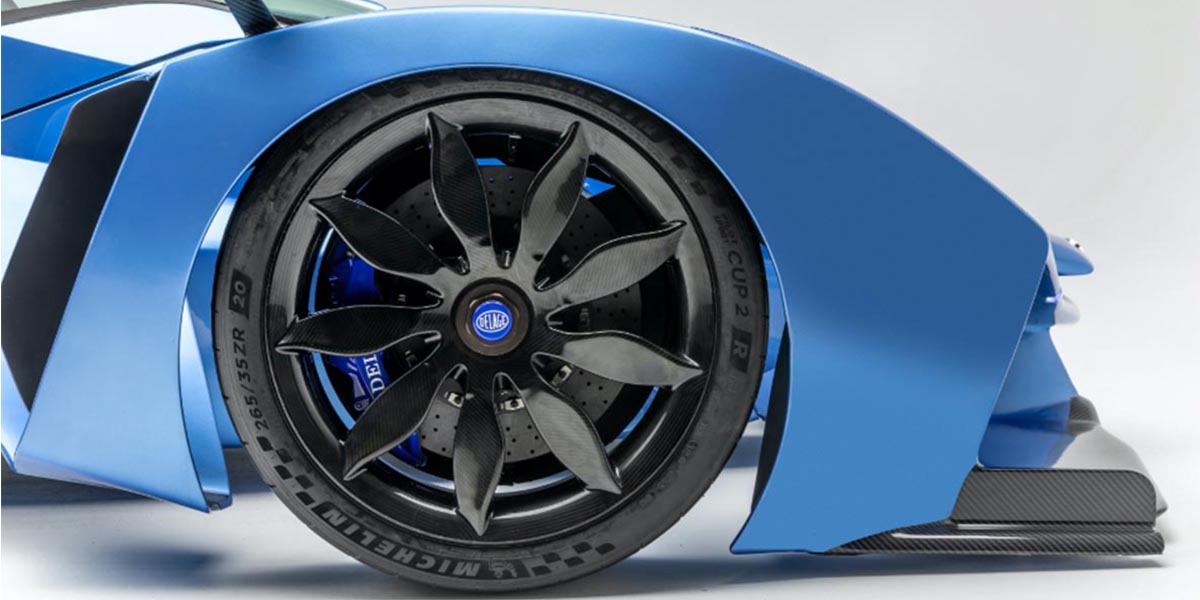 The D12 is a two-seater, with a special architecture: the two seats are one behind the other, in tandem, like fighter planes. It is part of the past of the Delage brand which built road cars, but also Grand Prix cars like the D 15 S8 .

The filiation with racing is obvious: at the front is marked by a thin muzzle with the Delage logo. Spoilers and brake scoops are integrated into the front wheel bodywork. The wings have fine rear-view mirrors. The suspension arms are visible, also reminiscent of F1. The fine light signature is also a strong marker of this front end. Note also the shock absorbers visible behind their windows at the front. This front end is a real lace.

The cockpit is protected by a panoramic canopy, overhung by an upper air intake. The latter also bears a luminous signature. The rear part is marked by wide wings that house the radiators. The whole is highlighted by the large rear spoiler that allows the car to be tackled. The rims are made of carbon and have a propeller design. They are fitted with Michelin Pilot Sport or Michelin Pilot Sport Cup tyres, according to the customer’s choice.

Under the rear bonnet, a V12 made in France. It develops 900 horsepower and is completed by a 330 horsepower electric hybrid part. The passenger compartment is entirely oriented towards driving. The car will be assembled in France with a maximum of components also produced in France.