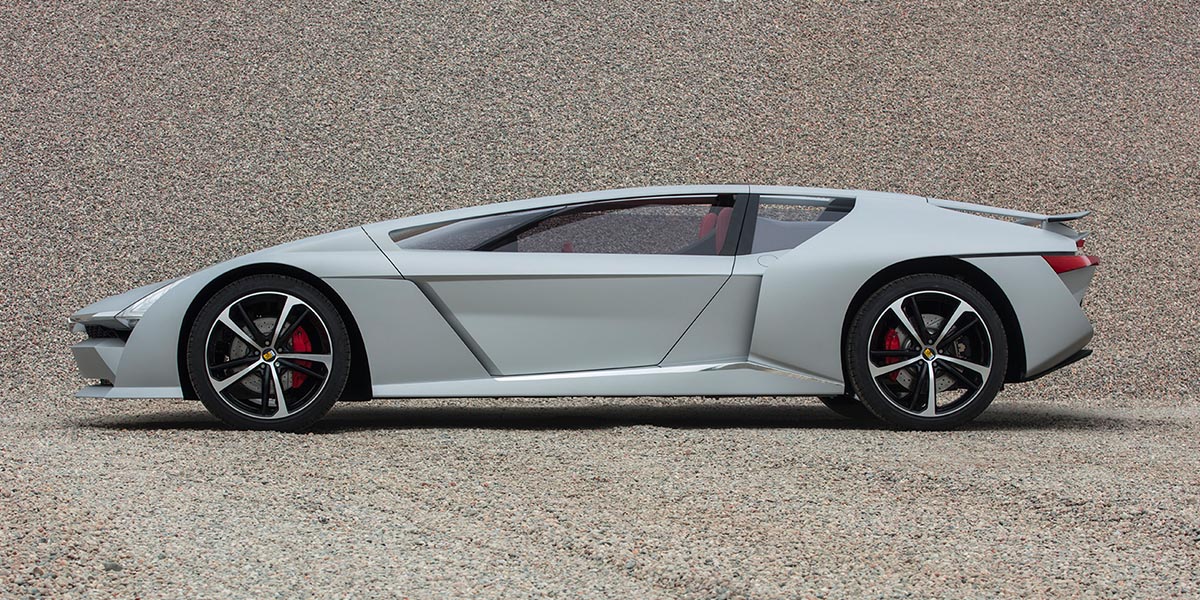 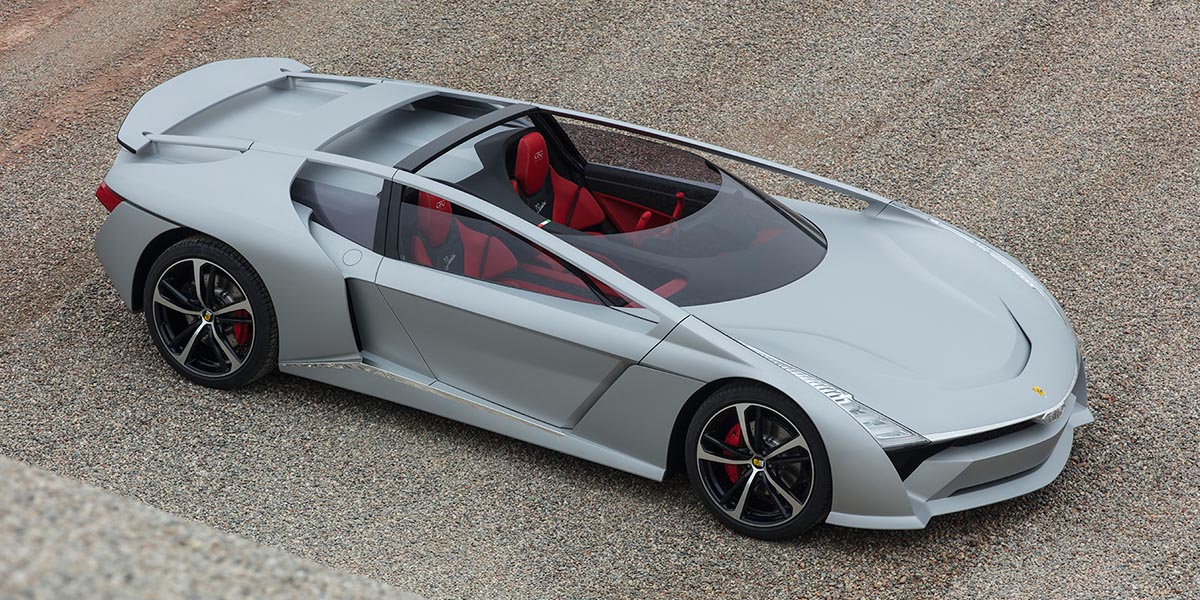 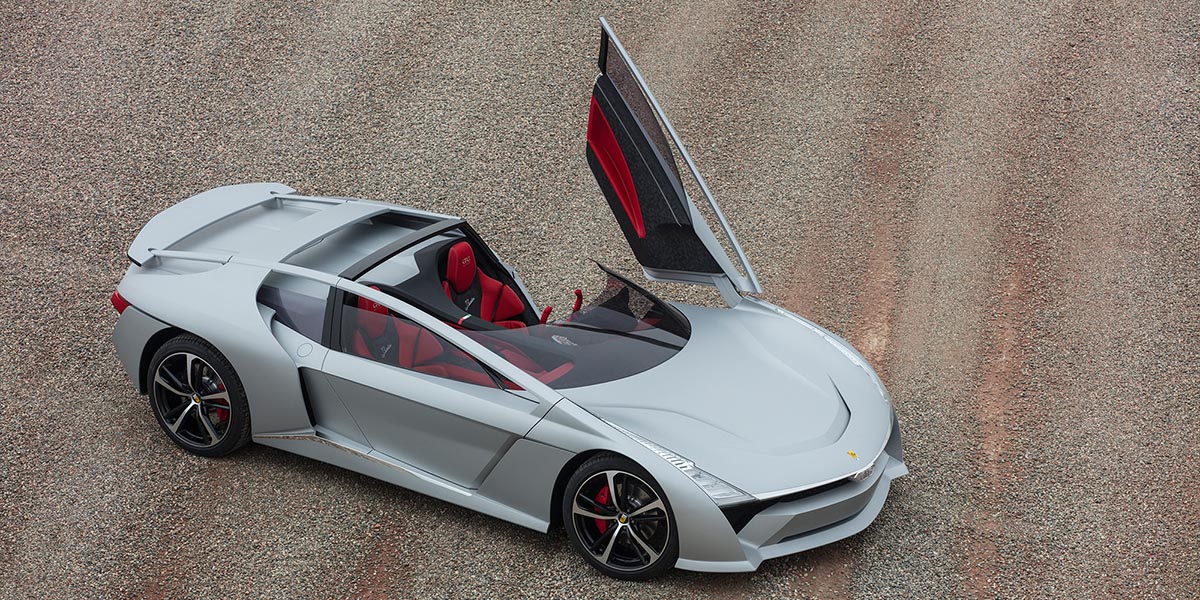 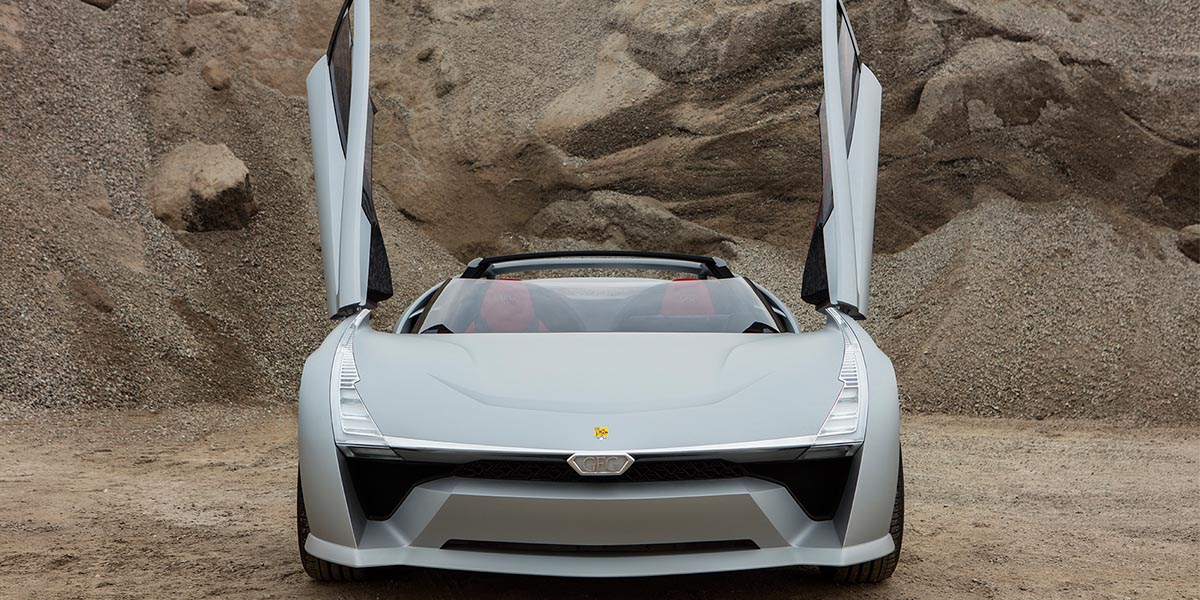 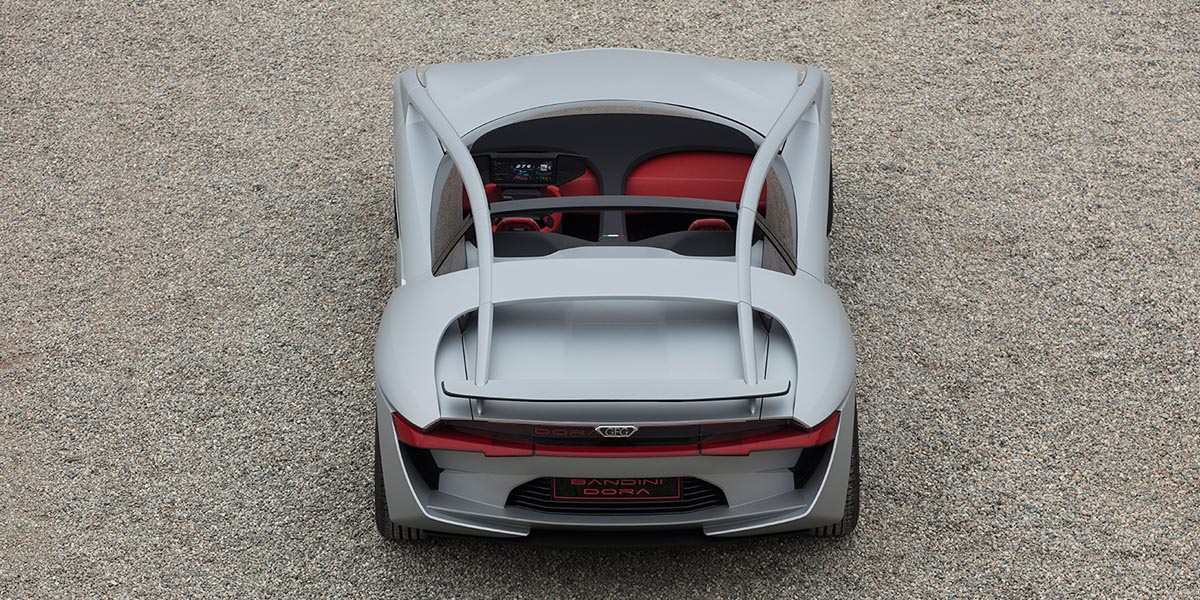 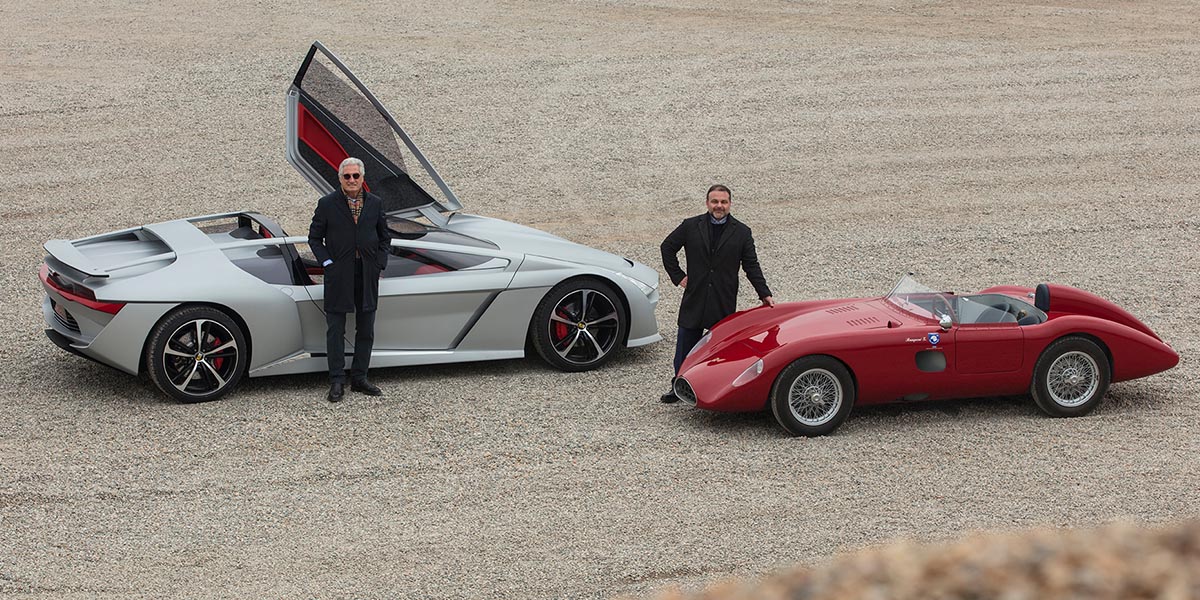 A hedonistic, open, two-seater car designed for outdoor leisure activities, the quintessence of the sports cars manufactured by Bandini in the 50s.

“Today it is difficult to design a Barchetta without taking into account the car’s evolution in terms of safety” – says Giugiaro – “inspired by the Halo of Formula 1, we thought of creating a car that would have a clean windscreen as in the past, without reinforcements, therefore as linear and light as possible. To meet this need, I thought of a superstructure that would fit in with the style, with an accentuated structural and protective function, both for the driver and the passenger”.

A modern style, long but unique in its form, given the characteristics of the protections/pillars, very large headlights that define a very long bonnet, a roll bar that becomes a spoiler, inserting itself into the flanks with a play on the sharp and smooth shapes, according to aerodynamic needs.

For the Giugiaros, this is the Barchetta of 2020.

The exterior design
The side line is characterised by a structural pillar that starts from the front mudguard, tilting the shape as if it were a coupé tangential to the central front axle.
The longitudinal pillar has a structural function and ends in the rear part as a support for the bonnet opening connected to the spoiler, which automatically adjusts itself according to aerodynamic needs.
The wrap-around windscreen passes under the pillars and protects the passenger compartment from return air flows.
“The characteristic feature is exactly this line that inclines as if it were a coupé, therefore a structure that harmoniously connects the front to the rear with the uniqueness of the windscreen that passes underneath it”, explains Giugiaro.
Overall, we can see an interweaving of lines that close at both the front and rear, creating a double crossover movement optically.
The headlights are housed on the bonnet outside the side profile, highlighting the line of the mudguard, and then mounted vertically on the structure in a continuous, linear style, optically ’embracing’ the entire front.
This creates its very special identity, with the vertical flash-shaped headlights housing the daytime running lights positioned at the ends of the line that also serve as turn signals that go up to the windscreen.
The front has two air inlets that descend to the sides; the bonnet is characterised by an air outlet and two reliefs of the wheel arches that make up the bonnet’s sculpture.
The overhangs are short and tapered, highlighting the wheel arches tangent to the tyres.
The horizontal “flash” panel is also located at the rear of the lights, in line with the style of the front lights.
The rear air outlets allow full exit of the wheel arches and the rest of the chassis.
The air inlet at the front of the wheel, which protrudes to the side, develops into a spoiler/wing in the upper part, which tightly encloses the side panel in its rear development.
The configuration of the car is dedicated to the sportsmanship and individuality of the driver in relation to the passenger as they do not even have optical contact.

Interior Design
Access to the interior is via the fully automatic scissor doors.
The interior is characterised by a structural element that divides and delimits the driver’s area from the passenger, a structural bridge, a raised through tunnel.
The driving position is adjusted by moving the steering column and the pedals, the controls of which are located in the central tunnel.
The bell-shaped steering wheel is equipped with a touch screen that allows the driver to operate all the car’s functions, from navigation to infotainment and vehicle controls.
The instrumentation located above the steering column provides information and displays the two side cameras.
This is a completely “switch-free” interior.
The innovative carbon and leather seats are fixed, but the height and backrest are adjustable.
A continuous beam of light underlines the design of the dashboard, providing unique internal lighting.
The use of noble materials such as leather and technologies such as carbon fibre helps to make the car lighter and more sporty.

Bandini
The history of Bandini cars has until now been indissolubly linked to the exploits of Ilario Bandini, a Romagna-based craftsman driven by his passion for cars, for racing and by that all-Italian creative angst aimed at the constant updating and improvement of the product. A maniacal and “paternal” care that has transformed each of the 75 cars produced into treasure chests full of anecdotes that span the history and technical evolution of two-seater racing cars, from 1946 to 1992.
A Barchetta Bandini 750 international sport from the Museum of the Thousand Miglia will be on display at the GFG Style stand, a car that took part in the last edition of the most famous road races in 1957.
Today, Bandini Automobili s.r.l., thanks to Michele, the founder’s great-grandson, is a reality that, after a long period of financial, conceptual and industrial reorganisation, is back on the scene of the production of limited edition sports cars, which know how to whet the appetite to grab a wheel.