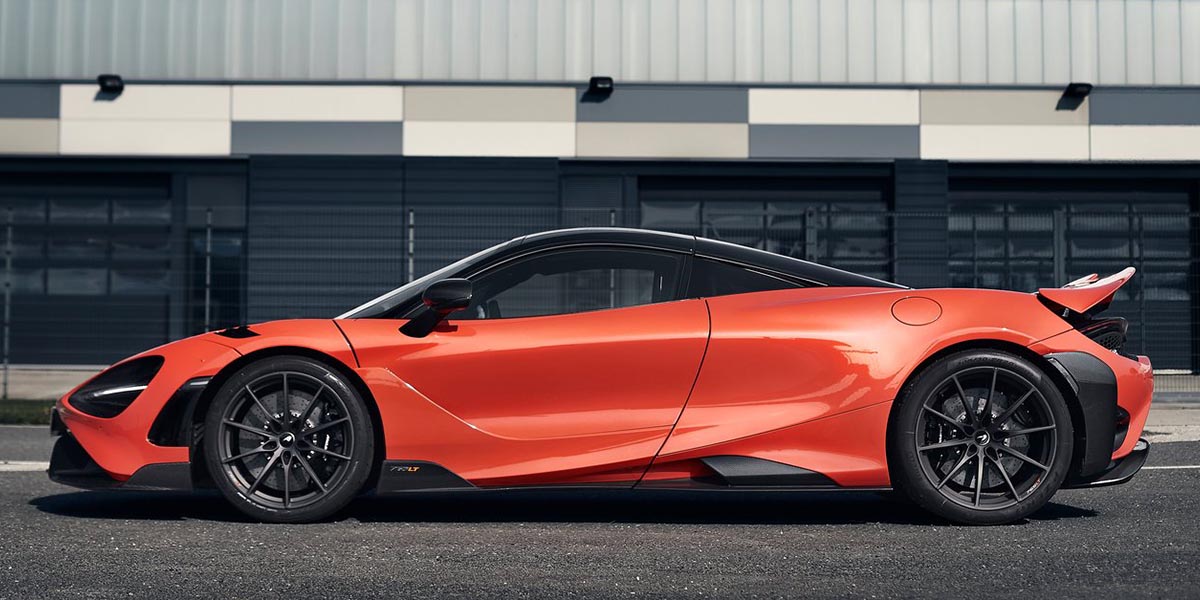 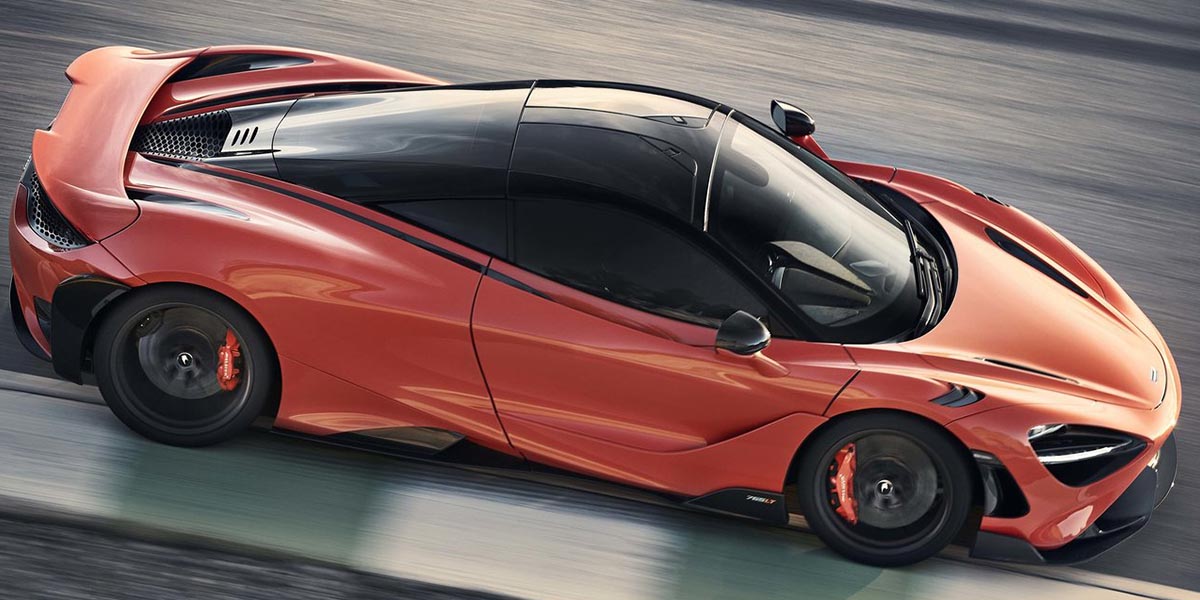 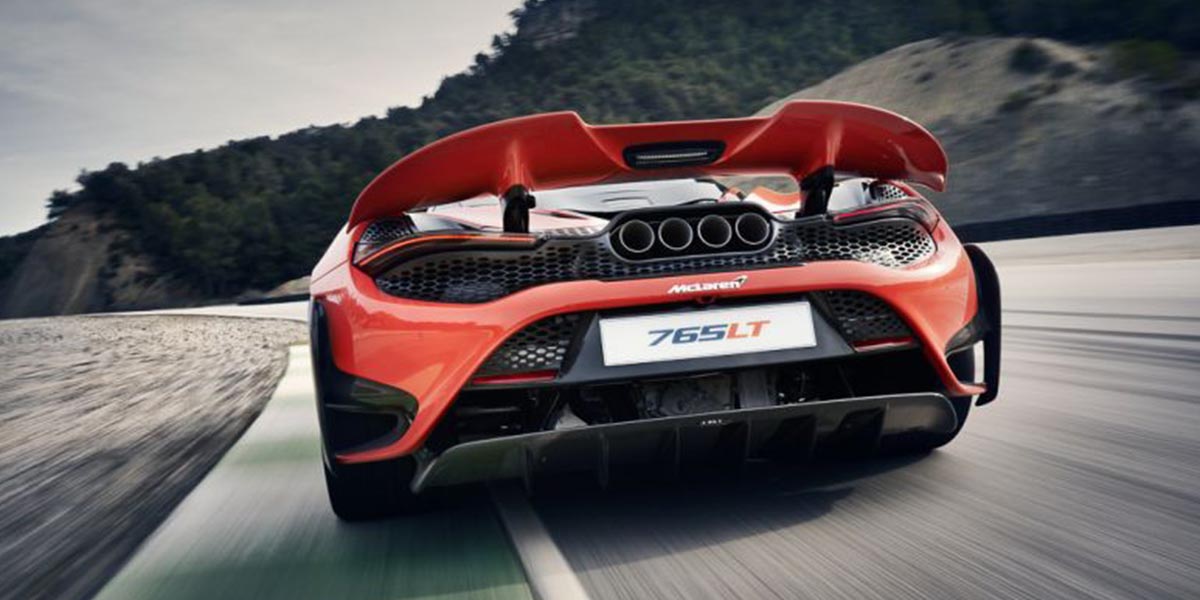 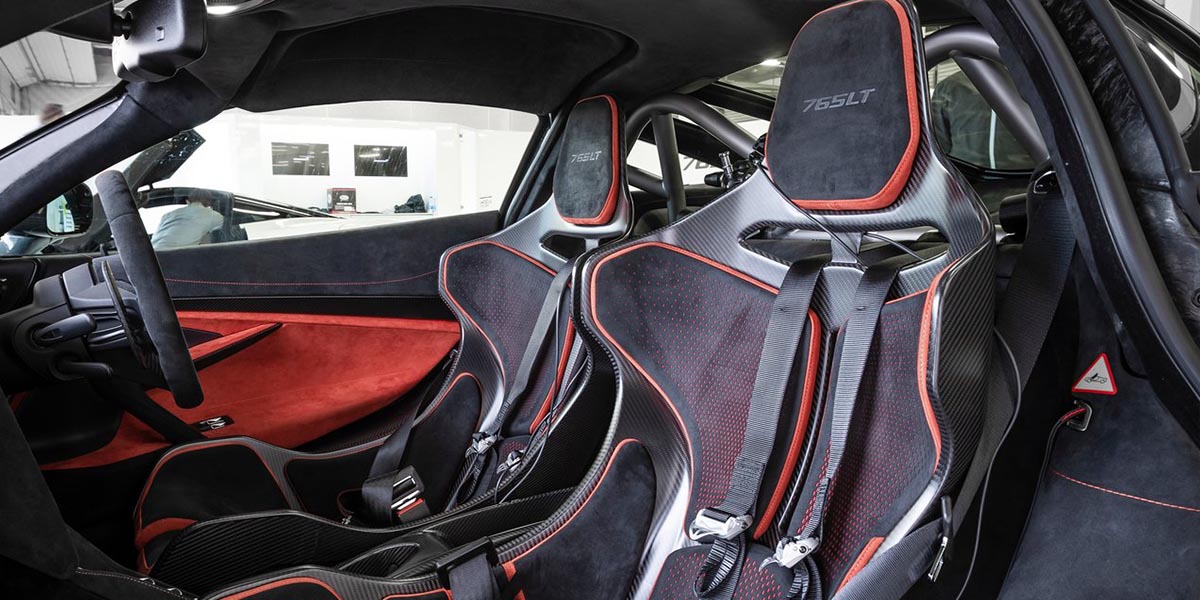 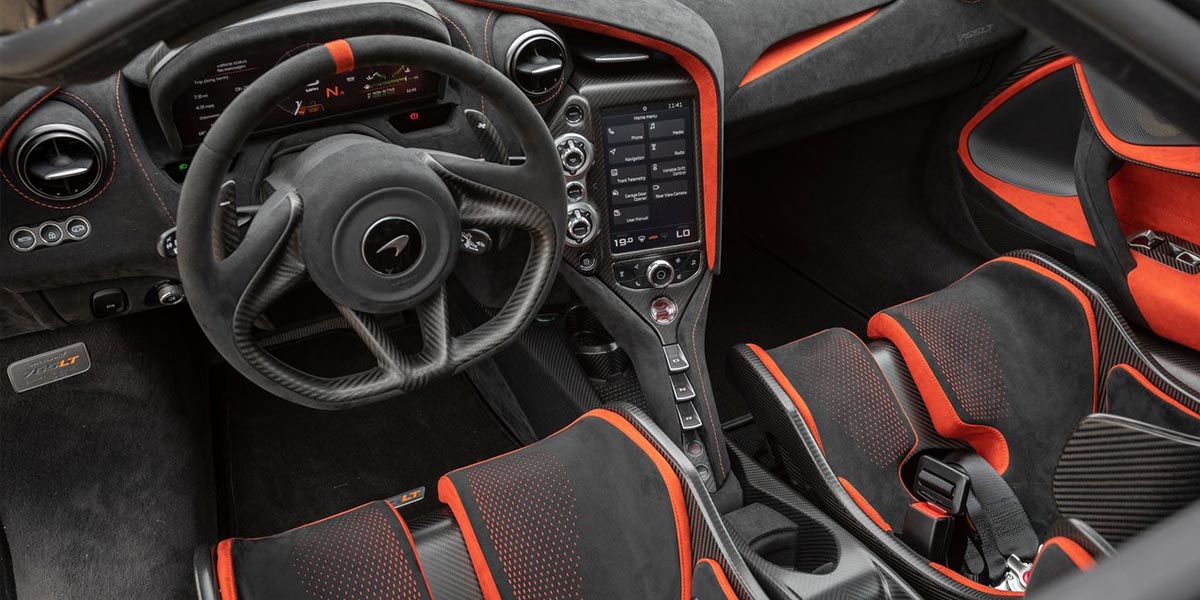 The new McLaren 765LT had to live up to the legend of the Longtail… and the long line of unique models that have carried that name. An extreme car that is totally focused on the driver. An optimal engagement. Top performance. Exceptional handling.

Based on the fantastic McLaren 720S, the latest LT lives up to its promise: radically lighter and lowered, the 765LT incorporates innovative aerodynamics to create a ground clearance 25% higher than the 720S.
Never before has an LT model had so much power, with its impressive 765 hp. Only 765 models will ever see the light of day. The promise of a new chapter for the lucky few.

The praise of lightness
The lighter a car is, the faster it is. It all starts with the MonoCage II. An ultra-light, rigid and extremely strong chassis that is at the heart of all McLaren supercars. The ideal starting point for a radical slimming cure. New carbon fiber body panels, motorsport-inspired polycarbonate glazing, a titanium exhaust system as unique as it is spectacular, lightweight double-spring suspension… the Longtail’s DNA is in every detail. The 765LT weighs 80 kg less than the already ultra-light 720S. The lightweight carbon seats welcome you to a sculpted, ultra-functional interior where innovation rivals the quest for lightness. The carbon fiber center tunnel is custom-designed. Anything that might distract the driver is gone. There’s no air conditioning, carpeting or audio system. Minimalism has never been so obvious. The 765LT weighs just 1,229 kg dry and has the best power-to-weight ratio in its class at 622 hp per ton. Figures that are only really appreciated on asphalt.

True to itself
Each Longtail is part of a spirit of rebellion. An obsessive will to go faster and faster. To always do better. To question everything and refuse to compromise. The design of the 765LT is inspired from start to finish by this extreme philosophy. The design is deliberately aggressive, like the elongated profile, the lowered look and the mechanical beauty of every detail. Like the new front splitter and the bold side vents that evoke the legendary 675LT. Inspired by the McLaren Senna, the carbon fiber front license plate holder celebrates McLaren’s sporting heritage and commitment to total performance. The interior is also unique, with a bold attitude and functional quality. Designed for the track, the minimalist cockpit features a lightweight Alcantara® finish. Sculpted bucket seats, inspired by those of the McLaren P1™, ensure an ideal driving position, while the unique carbon fiber tunnel runs through the center of the cabin.